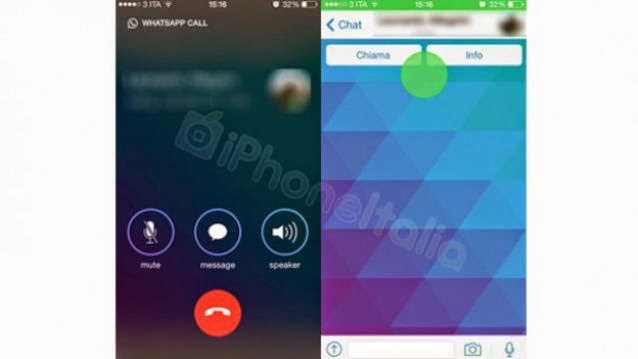 The much expected voice-calling service for WhatsApp has been delayed and will arrive in the first quarter of 2015. Earlier reports had suggested that the update would be released in the second quarter of  2014. WhatsApp’s CEO Jan Koum had made the announcement at the 2014 Mobile World Congress. He was quoted as saying, “We are going to introduce voice in WhatsApp in the second quarter of this year”. According to Koum’s announcement, it was revealed that the service would first come to Android and iOS, followed by Windows and BlackBerry.

Now it appears that there has been a delay in plans. Speaking at the Code/Mobile event by Re/Code, Jan said that the company is facing some technical hurdles. One of the reasons why voice calling has not yet been activated is because the company is finding ways to implement voice calling services in areas where Internet connectivity is poor and 3G services and Wi-Fi access is restricted and thus where people are still on 2G services.

According to the CEO, this feature will not clash with Facebook Messenger which already has  voice calling over WiFi. He said that although the two are similar in nature, WhatsApp is a strictly mobile only service and will not compete with Messenger offering, which is accessible via Desktops as well. Facebook had acquired WhatsApp earlier this year.

Koum adds, “Before [the acquisition] we experimented with monetisation, we tried to charge in some countries,” Koum told Re/code’s Liz Gannes at the Code/Mobile conference on Tuesday. “We didn’t have the long-term financial support of Facebook.”

The company tried to make profits by charging users in a few countries before the acquisition, but they generated only $10 million in revenue in 2013. That revenue came from user subscriptions, not social ads which drive the bulk of Facebook’s revenue. Koum says, WhatsApp has “no plans” to bring advertising into its app.

Voice calling on WhatsApp can also give competition to popular apps such as Viber, LINE and Skype. Hopefully, we shall see the launch of voice calling for WhatsApp by the first quarter of 2015.