Wearable device transforms your thumb into a tiny trackpad 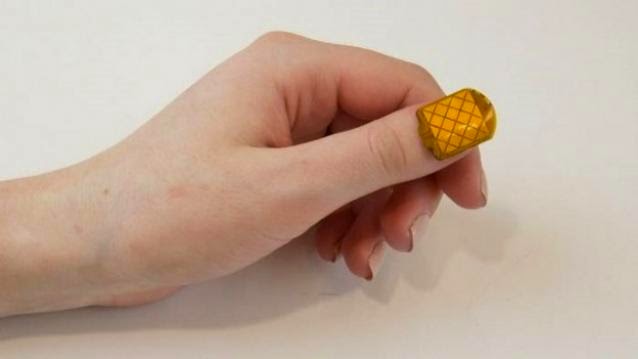 Researchers at the Massachusetts Institute of Technology (MIT) are developing a new wearable device that turns the user’s thumbnail into a miniature wireless track pad.

They envision that the technology could let users control wireless devices when their hands are full – answering the phone call while cooking, for instance.

“It’s very unobtrusive. When I put this on, it becomes part of my body. I have the power to take it off, so it still gives you control over it. But it allows this very close connection to your body,” said lead author Cindy Hsin-Liu Kao, a graduate student at the MIT.

The device could enable subtle communication in circumstances that require it, such as sending a quick text to a child while attending an important meeting.

According to Kao, the device was inspired by the colourful stickers that some women apply to their nails.
The researchers envision that a commercial version of their device would have a detachable membrane on its surface, so that users could coordinate surface patterns with their clothes.
And it’s easily accessed by the other fingers – even when the user is holding something in his or her hand.

For their initial prototype, the researchers built their sensors by printing copper electrodes on sheets of flexible polyester.

The researchers said requiring surface contact with the operator’s finger for just two or three seconds was enough to guard against inadvertent activation and deactivation.

A paper describing a prototype of the device is scheduled to be presented at the Computer-Human Interaction conference in Seoul, South Korea this week.