Voice biometrics: Applications that put voice recognition to use 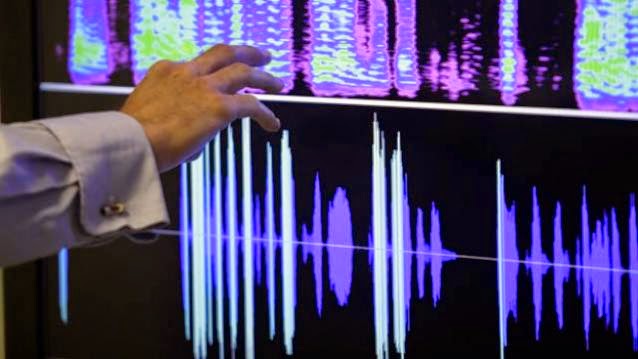 Businesses and governments around the world are increasingly turning to voice biometrics, which sometimes are described as voiceprints, to replace passwords and fight fraud. A look at the applications of this fast-growing technology:

Talk Your Way Past Security

Canada’s TD Bank Group, the National Australia Bank Ltd. and the Bank of New Zealand are among the businesses allowing customers to sign into their accounts or skip call center security questions by supplying a voiceprint.

“There’s no need for a call center agent to know your name, your mother’s maiden name, your inside leg measurement or whatever,” said Clive Summerfield, whose Sydney-based Auraya Systems is supplying the technology to the Bank of New Zealand. “The machine can verify that this voice belongs to this account and that’s all you need to know.”

California-based VoiceVault gives consumers and businesses the option of attaching “vocal signatures” to documents by speaking into the receiver following a telephone prompt. Nik Stanbridge, who spoke to The Associated Press this year when he was still with VoiceVault, said the technology helped cut down on paperwork and increased closure rates for health insurance contracts. Executives can use the technology to close big deals, too.

“The countersigning can be done by somebody on a golf course,” Stanbridge said.

An Israeli company, FST21, is using voice biometrics to secure everything from apartment complexes to airports. Voice recognition in conjunction with other biometric techniques now screens those who show up at the door of New York City’s Knickerbocker Village. Executive Shahar Belkin said the technology also is being tested for access to secure areas of Israel’s Ben Gurion Airport.
“The voice biometric replaces what we used to use for a PIN code or a RFID (swipe) card,” Belkin said. “We found it to be much more user-friendly and at the same time much more secure.”

Keep a Track on Activities

Georgia-based AnyTrax uses the technology to monitor low-risk offenders on parole. The company’s Louie Hunter said the automated calls to an offender’s home landline telephone prompts the person being monitored to repeat a random set of numbers into the phone.
It can spare people convicted of petty crimes from routine visits to their parole officers.
“It’s better than missing work, explaining to your boss why you have to take half a day, get money for a bus or get a friend to take you,” Hunter said. With voice authentication, “they can step out at a break or lunch and make a phone call and get right on back to their life.”