Verizon is buying Yahoo for $5 billion and no one actually cares! 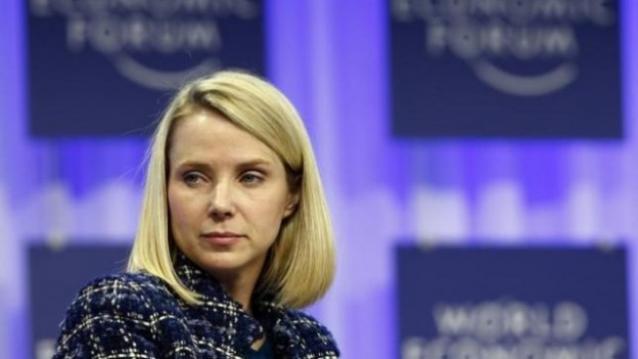 Close your eyes and go back in time of the dot-com bubble. One company that you will most certainly remember is Yahoo. Back then Yahoo did not offer too many services, but it did good with whatever it did.

While Yahoo Search may have not been on everyone’s bookmark list, Yahoo Mail was. Add to this Yahoo Messenger which many could not do without. Yahoo did well and at the peak of the dot-com bubble was even valued at $125 billion. While success came easy things quickly took  a nose dive and today, we have heard that one of the internet’s most well-known portals is about to be sold for a mere $5 billion. The worst bit is, that in the vast internet universe today, nobody really cares.

Today,  Yahoo Mail still struggles, while Messenger is almost non-existent. The only known Yahoo property today is Flickr, which was acquired by company in 2005. It may not make a dent in the universe, but Flickr still stands strong today and is way better (especially after going free for all) than the Mail service which offers nothing new (apart from ads).

Verizon Communications Inc who is expected to acquire Yahoo, will add it to its long list of acquisitions, which also includes The Huffington Post, Techcrunch, Engadget among many others.

While it is uncertain whether the company will die a slow death, or will simply be culled altogether. Yahoo will always be known as the pioneer that once existed.

Yahoo Mail
Back in the early days prior to the dot-com bubble, Yahoo co-founders, Jerry Yang and David Filo, saw plenty of business potential in Jerry and David’s Guide to the World Wide Web, which was soon christened as Yahoo! Soon after this came a stream of acquisitions with a long list of products that many who were new to the world wide web quickly adopted to. Yahoo Mail was one of them. A simple and productive email service, which was born of out Yahoo’s Rocketmail acquisition. It was free for personal use, while business users had a to pay up to get more storage. But Rocketmail’s acquisition, was a sign of times to come as back then, as it was Hotmail that inspired them to do so.

The lack of innovation was evident and when Google’s Gmail showed up with 1GB of free storage, Yahoo simply jumped on to another player called Oddpost and incorporated its features into Yahoo Mail. While it worked for a while, it was clear that Yahoo simply could not compete with Google that kept coming up with innovative features that improved and automated the email experience, drawing users into its fold.

Yahoo.com
Yahoo.com, the web portal was no slouch, it was the place to go to, back in early 2000s, to get the best of news, sports and more. More importantly, with local domains in place, things soon got localised which gave a sense of personalisation from country to country. Back then everyone was hungry for good content and Yahoo simply kept on giving making Yahoo.com a popular starting point on the internet for many users.

But Google Search began to show up time and again, and once again, Yahoo sought the easy way out. It began using Google Search for its search results which gave it a headstart, but thankfully, this time pushed for its own search engine which it eventually began using four years later in 2004.

Yahoo Messenger
Messenger was a favourite, available as a standalone app, I remember how easy it was to connect and chat with friends and relatives in another country. More importantly, it was free and back then this was big! Its claim to fame was also public chatrooms or Yahoo Chat, a feature that was shot down in 2012, post which it has been struggling to get more users on board. But the fun bit about Yahoo Messenger were the plugins. The Yahoo Music Radio was a “cool” way to chat, that let you live stream radio for free (or paid for some).

Hello Verizon!
Post the dot-com bubble, Yahoo once again began to hunt for acquisitions that it thought would make its life easier. In 2002, it picked up a handful of companies and even tied up with Verizon to launch a DSL service in the United States. There were Yahoo Widgets thanks to Konfabulator and Yahoo soon launched a paid search program that would deliver guaranteed listings on in its search results which did not turn out to be successful. Its last acquisition during this phase was that of Flickr in 2005.

Yahoo Who?
Yahoo’s biggest reason, as cited by many is how it did not quickly adapt to the changing internet landscape. Even after CEO Marissa Mayer took over in 2012, the company failed to make anything substantial out of its existing acquisitions. Something that would make many investors worry.

Soon after second phase (around 2005) Microsoft was after Yahoo for a good 3 years with its last and final offer being $44.6 billion in cash and stock. An offer which Yahoo called “substantially undervaluing” (Why oh! Why?).

A few complicated years later we had Marissa Mayer takeover, which saw the acquisition of Tumblr to bolster Yahoo’s social presence. Add to this a complete makeover of Flickr and that’s about it.
What remains of Yahoo today is, is just Flickr. Yahoo is only known for its headlines, whenever it appears in the news like it has today.

The company had a much better chance of survival with Microsoft back in 2008. Even LinkedIn got $26.2 billion but that was today in 2016!

Kids will continue to remember Yahoo as a pioneer that fizzled out soon after the dot-com burst. From a company that actually provided quality content, to an ad-run sponsored mess, Yahoo’s future for now seems doomed even in the hands of Verizon.