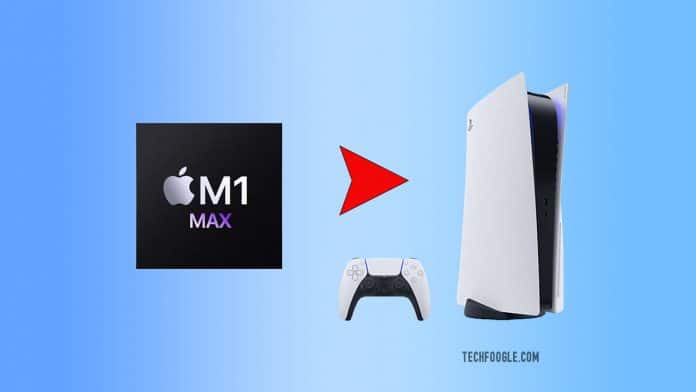 M1 Max Chip might outperform the PlayStation 5? Apple is making bold promises about the capabilities of its new M1 Pro and M1 Max CPUs, and the highest-end M1 Max chip outperforms Sony’s PlayStation 5 in terms of raw GPU performance.

Apple’s switch to the M1 processor for the Mac and iPad last year resulted in a big performance boost. With the debut of the 2018 MacBook Pro models, the Cupertino company presented its next-generation in-house CPUs, the M1 Pro and M1 Max, during its Unleashed virtual event this year. These new processors are much more powerful than their M1 predecessors, and they have more raw GPU power than Sony’s PlayStation 5 gaming console on paper.

For those who aren’t aware, Apple’s highest-end M1 Max chipset can be configured with up to a 32-core GPU, which is a significant improvement over the previous-gen M1 chipset, which could only support an 8-core GPU. When offering peak graphics performance, the M1 Max uses roughly 70% less power than a laptop device with a dedicated GPU, according to Apple.

The M1 Max, according to the company, performs like a “pro laptop with high-performing discrete GPU.” The chip utilizes 100W less power than these devices while doing so. 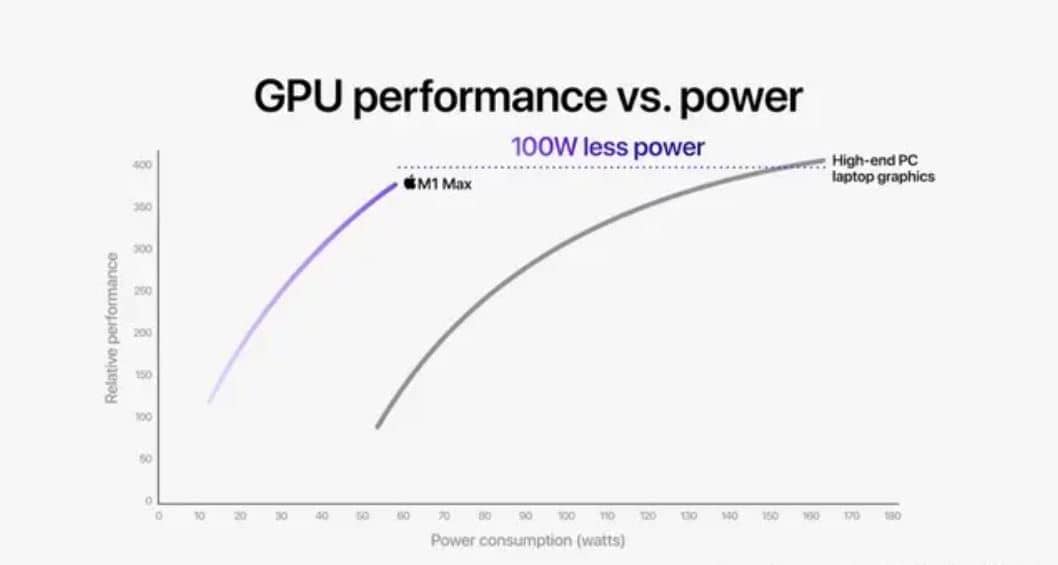 Apple contrasted a MacBook Pro model with the M1 Max processor, a 10-core CPU, 32-core GPU, and 64GB of RAM, to the MSI GE76 Raider and Razer Blade 15 Advanced, both of which are high-end GPU-centric laptops, to see how well it performed.

In addition, in their analysis, the people at Notebookcheck estimated how many teraflops the M1 Pro and M1 Max chipsets can manage. The results of the test may be seen directly below.

As you can see, the highest-end M1 Max chipset with a 32-core GPU can now achieve a peak performance of 10.4 teraflops. This is higher than the Sony Playstation 5, which has a maximum performance of 10.28 teraflops. Furthermore, according to YouTuber ZoneOfTech, the M1 Max processor has a read speed of up to 7.4GB per second, which is faster than Sony’s game console’s 5.5GB read speed.

It’s worth noting, however, that these findings are based on controlled performance testing rather than real-world performance. Nonetheless, it’s remarkable to see that, at least on paper, a slim and light notebook like the MacBook Pro can provide more GPU power than a high-end gaming console. We’ll learn more about the M1Max MacBook Pro’s real-world performance once they start arriving in users’ hands in the coming days.