OnePlus: A closer look at the young team driving a passionate brand 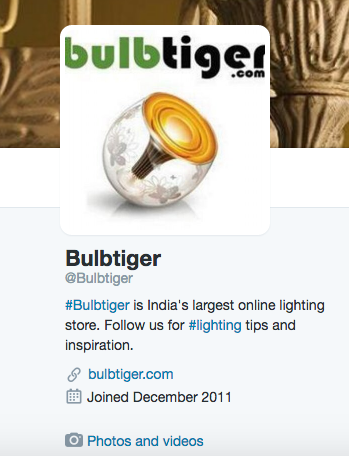 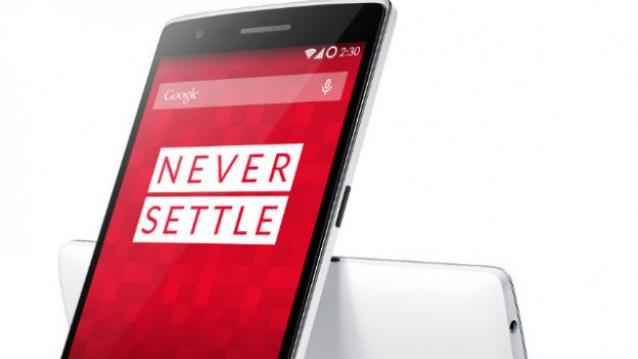 Somewhere in October 2013, a bunch of friends working at Oppo sat together at a café in Shenzhen. Interestingly, they realised that they all used an iPhone.

In fact, it dawned upon Pete Lau, Carl Pei and the rest of the group that there existed immense potential for an Android device with promise to carve its own niche of providing a superior experience to users. Since there wasn’t a device that existed around that time, they needed to create one.

The team of 5 were kicked about setting up a company with this vision and rolling out a device that fulfilled this much needed customer requirement. And that is how OnePlus was born.

The origins in Oppo continued into a strategic partnership. Oppo continues to be a contract manufacturer and technology partner for OnePlus. In fact, the two companies also have common investors between them.

With the launch of the OnePlus One – its first flagship – the company discovered an important trend. The insight was that most attention was from India. Given the nature of the core team, which has been lean since it came together, online data and analytics played a vital role in crafting strategy. And the numbers pointed towards one direction. India was the place to be. People from India were among the most active on the OnePlus forums. And a significant amount of interest from the country made it difficult to ignore. October 2014 saw the team rope in its first India hire – Vikas Agarwal who is General Manager at OnePlus India.

A few months before that, Agarwal was dabbling in the world of startups and ecommerce. His company bulbtiger.com specialised in lighting products. I met Agarwal who shared how those early days truly were. “Consider it as a product similar to Urban Ladder. While they specialised in furniture, we did lights,” he said.

As is the case with most startups, everyone was pretty much a jack-of-all-trades. Agarwal was finance, admin and customer service all rolled into one.

The initial plan was to work towards a Diwali 2014 launch in India – October 22, 2014. However, Agarwal didn’t quite expect the ideal welcome in a startup. Still, being optimistic, coming on board only in early October, timelines didn’t seem very conducive. Considering that he was the only employee in India, he didn’t consider an office among his top priority. In fact, his classmate Aurvind Lama gave him a corner with seats in his office at Travelyaari. October to December 2014 was quite eventful. A lot was happening around OnePlus although it was just starting out.

Gearing up for India

With the OnePlus One, the company had an ‘exclusive’ agreement with Cyanogen on the use of its software on the OnePlus One – its debut flagship device. That wasn’t meant to be complicated. Pretty straight forward. Only, Cyanogen incidentally had another ‘exclusive’ agreement with Micromax which also allowed the India-based mobile manufacturer to use Cyanogen on its devices in India.

Soon it became a full fledged legal battle that was distracting the OnePlus India team. Frequent court visits and dealing with lawyers to be able to sell the product you have developed isn’t the ideal case scenario a startup looks forward to. More so, when the average age of the team is somewhere in the 20s. All this at a crucial time – with product launch in the run up to New Year’s. When every day matters.

Since Agarwal was taking a breather in the run up to the launch of the OnePlus 3, when I met him, I started out by asking about the mention of ‘Never Settle’ in the Steve Jobs commencement speech. He was quick to comment ‘it is a pleasant coincidence.’ No wonder I thought to myself. A quick stroll around the OnePlus office and I could find some familiar management books with references to Steve Jobs. And MacBook Air computers are a familiar sight at the young company’s India headquarters in Bengaluru. Apple’s co-founder is definitely held in good regard here. But I learn, that’s where the parallels between Never Settle ends.

Explaining the deeper meaning of the brand’s tagline, Agarwal adds, “Never Settle is a bold statement. It’s meant to be. It’s meant to make you stop and think about what you want from your technology and what you’re actually getting. OnePlus was founded by a small group of tech enthusiasts who did just that; we took a look at the smartphone market and knew we could do better.” 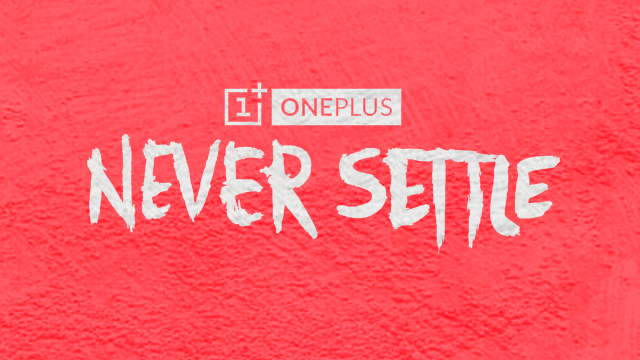 The frequent court visits in the initial days in India have only reinstated that belief among the team. December 02, 2014 is when OnePlus officially started operations in India. Back then, the team worked out of the Travelyaari office based in Bangalore. And soon enough, between December 16 and December 21, the company had to halt sales of the OnePlus One. The court in this instance, did refer to Cyanogen as the villain. 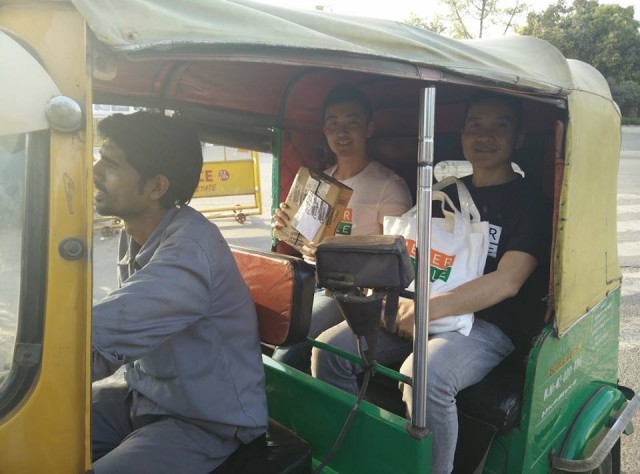 Things could have been far worse. Cyanogen is a US-based company, and had this case gone to the US it would have impacted OnePlus badly. Agarwal adds, “The whole thing made us stronger. In fact, since it happened so early on, we focused on the product and the user. We knew the rest will be taken care of. Even the global team was young. We lacked experience in these matters. But now even they feel stronger.”

A forum thread on XDA Developers summarises the nature of events in the Micromax-Cyanogen case. In another thread, users reactions on the case highlights the sense of disappointment with Cyanogen.

Growth with the team

Miguel, an ex-colleague from the OnePlus Shenzhen office traveled to India to oversee and set up the fan community. In addition, he also took on the responsibility of evangelism for the brand. He was officially the first employee in India. His focus was on building the community here, not so much on marketing. This included multi-city fan meets, with a lot of travel. In fact, within the first three months, OnePlus organised about 5-6 fan meets.

According to Agarwal, the global team came up with the idea for a virtual reality launch. And it’s based on a simple idea. When OnePlus launches a device in China, typically around 5–10k fans participate. But the idea is to have all fans participate. And the best way, as Agarwal explains, is to do it via VR. That way, everyone can participate. He adds, “We believe VR is the technology of the future. We will identify emerging technologies and continue to adapt them. The last time we did a VR launch, Samsung and Google did as well. This year, we are doing VR shopping and setting the trend again. We look forward to do so in the years ahead as well.”

This month, OnePlus plans to launch the OnePlus 3 with a VR event.

There’s a simple mantra that is followed at OnePlus. As Agarwal puts it – “Do not ask for permissions. Seek forgiveness. Keep trying, at least try.” That’s a simpler elongation of the popular expression of a call to fail fast. 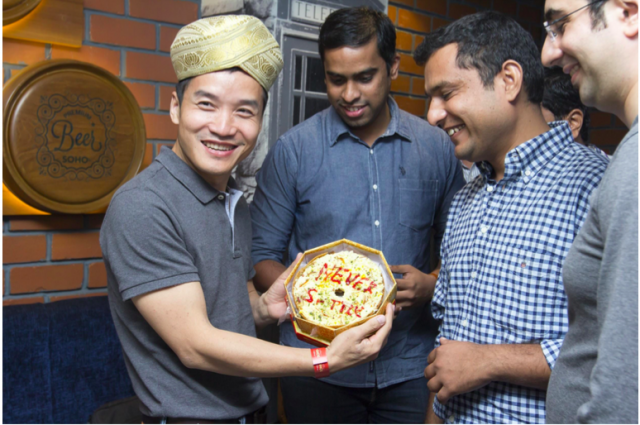 Agarwal believes that the community is important. He says, the best aspect of our community is that of users helping other users with queries. In fact, it reduces the need for a large customer support team. This year, OnePlus has further narrowed down its focus – improving its connect with users. In fact, OnePlus is looking to hire towards building on this community advantage. Earlier the company used to focus on its technology blog, but over the next year, forums would be the priority. Agarwal adds, “that’s where our users are!”

With the upcoming OnePlus 3, Oxygen OS is expected to take centre stage. In the future, Oxygen will be a key differentiator, and by end of this year, OnePlus hopes its operating system would be one of the best operating systems on smartphones. To achieve these goals, OnePlus is focussing heavily on testing. It expects to do few things, but ensure those few things do really well. 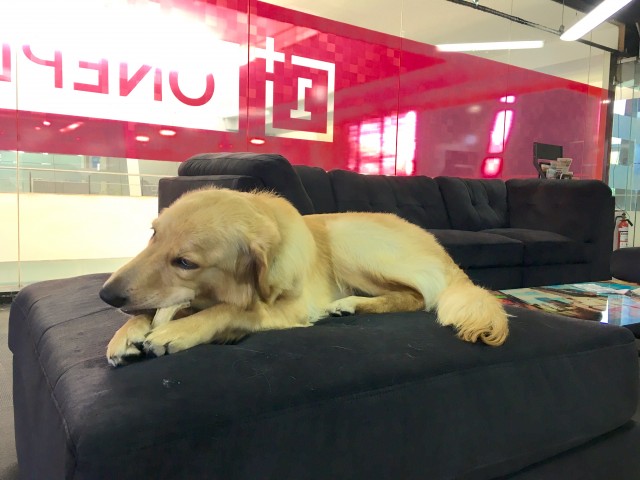 Meanwhile as I was wrapping up for the day, I noticed ‘Laila’ – the Happiness Office at OnePlus. She joined the OnePlus team as a little fur ball weighing two and a half kilograms. She didn’t seem too keen on interacting with me, probably because I didn’t have any food, and she didn’t seem keen on parting with her bone.