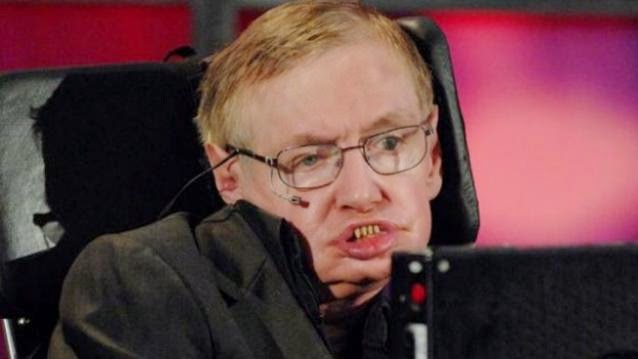 Theoretical physicist Stephen Hawking can communicate with the world faster and easier thanks to new technology from Intel Corp and SwiftKey which replaces the decades-old platform that made his computerised voice recognisable around the world.

Hawking, the author of best-seller “A Brief History of Time”, has a form of motor neuron disease that has left him almost entirely paralysed and dependent on a computer to speak and write.

“My old system was more than 20 years’ old and I was finding it very difficult to continue to
communicate effectively and to do the things I love to do,” he told reporters on Wednesday.

“With the improvements made I am now able to write much faster and it means I can continue to give lectures, write papers and books, and meet with my family and friends more easily.

“This new system is life-changing for me and I hope it will serve me well for the next 20 years.”

Intel said it had been working on the new platform, called ACAT (Assistive Context Aware Toolkit), in collaboration with Hawking for three years.

The new system, which is controlled by an infrared switch mounted on Hawking’s glasses, has doubled his speech rates and sped up common tasks, such as finding a computer file, by about 10 times, Intel Labs engineer Lama Nachman said.

The software will be made public early next year so it can be used to help other people with motor neuron diseases, quadriplegia and other disabilities.

“By making this technology freely available it has the potential to greatly improve the lives of disabled people all over the world,” Hawking said.

One element has not been updated, however. Hawking, who has spent much of his career at Cambridge University, specified that his distinctive computerised voice, complete with North American accent, should not be changed.