Spice Fire One is here: Firefox smartphone priced at Rs 2,299 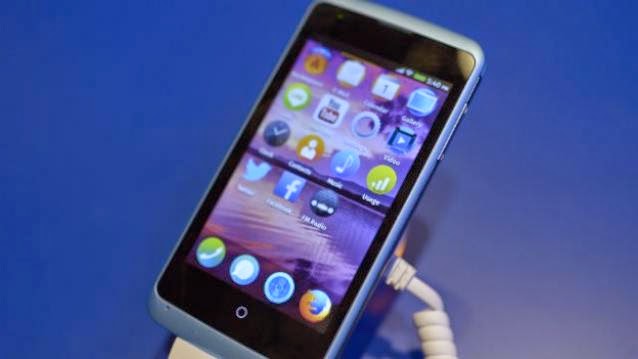 Mozilla’s Firefox OS as a smartphone operating system has had a negligible impact on the market, but all that could change very soon as the first Firefox smartphone has been announced for India. The Spice Fire One has predictable low-end specifications and a greatly attractive price tag.

At Mobile World Congress, Mozilla unveiled plans to expand to additional markets in Latin America and eastern Europe, and also announced a blueprint for any phone maker to make $25 Firefox OS smartphones, which it has now delivered on seemingly with the Spice Fire One, priced at Rs 2,299.

Many vendors are touting their low-cost Android devices as built for the first-time smartphone buyer. But we think that Android, iOS, BB 10 and Windows Phone are so far advanced for most first-time buyers that they don’t even know how to tap the full capability of the OS. Firefox is meant for just this crowd, making it easier to get apps and simple to use for non-practiced users. Firefox OS is built specifically for low-powered phones, and is optimised to run on hardware as low as a single-core processor, which is what Spice’s Fire One sports.

The phone is expected gives users the basic experience, without the performance overhead. It’s meant to decentralise the app publishing process of the leading operating systems, by giving developers full freedom to publish Web apps. The idea behind Firefox OS is it’s a Web-first platform, and not apps-first. It uses the full suite of Web standards such as HTML 5, WebRTC or RTSP for live video streaming, to bring apps and or to convert web pages into apps. In fact, if you use an Android phone, you can check out how this works as the Firefox broswer app lets you install apps from the Marketplace, like you would a regular Android app.


There’s a handy advantage with this system. Unlike on iOS or Android, where you may have to download apps, with Firefox OS, you have instant access to all apps, since they are basically modified versions of the website or webpage. Firefox says its search-and-launch mechanism will at least partially rid the problem of searching for and installing apps, which is part of the learning curve on any smartphone. This also means that developers don’t have to be bound by app-store rules that most OSes have. A developer could publish any app for Firefox OS on the Firefox Marketplace, just as easily as they would make a webpage.

Mozilla says its currently making big changes to the OS, which will come to handsets over this year. Among the changes is one for the way users access recently used apps or the notification centre. In a bid to set itself apart from the likes of Android, Firefox is working on a cross-platform sync service with Firefox Accounts, which was introduced with the radical Australis makeover. With Firefox Accounts, Mozilla can better integrate services including Firefox Marketplace, Firefox Sync, backup, storage, or even a service to help locate, message or wipe a phone if it were lost or stolen, according to the company. It would ensure your open tabs are synced across the phone and your PC.

The latest version of the OS, v 1.3, addresses some concerns such as POP3 email support, and NFC connectivity for interfacing and triggers. Firefox has also made improvements to the camera app, with support for continuous autofocus provided the hardware is present for such a feature. It’s surely adding a lot of things that are considered crucial in modern day smartphones, but in its own way.

Of course, the big questions are always about what one can do with the phone, the apps, games and utilities available. Here’s where Firefox OS could come undone. Sure, the Marketplace boasts popular apps such as Line, Twitter, Facebook and even Candy Crush, but it’s still a very underwhelming collection. WhatsApp, for example, would be the first app most smartphone newbies look for, but it’s not yet available on Firefox. That could of course change as more devices and vendors come into the picture. But the hard fact is that Firefox OS is still quite nascent and that’s its biggest drawback. Firefox is hoping it can impress first-time smartphone users with how much can be done in so little, which is something Android has yet to convince anyone about, save for a few exceptions.


Android is clearly dominating the budget segment, and such a monopoly is never a good thing for consumers. Choice is great, and Mozilla and Spice are making options available. Make no mistake, Spice is fully invested in Android; the company’s website does not yet have a page for the new Firefox OS phone, so it’s clearly just the first step to gauging reaction. And at Rs 2,299 for the Fire One, it’s making thing s way easy for the undecided buyer.

Firefox OS phones might not be so revolutionary that they will change the Indian smartphone market or to dethrone Android; no one thinks Firefox OS is mature enough to do that. But Firefox has the right idea of targetting first-time smartphone buyers, and now we can wait for more manufacturers to follow Spice’s lead, if the first Firefox OS phone is a hit.