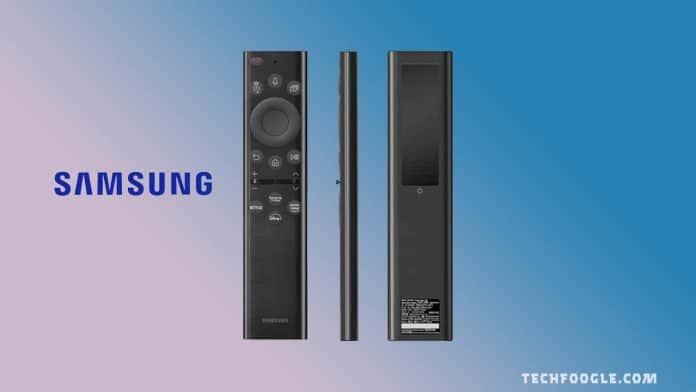 Samsung’s new TV Remote: As the effects of climate change continue to wreak havoc on our planet’s ecology, IT corporations are doing everything they can to lessen their carbon footprint. Samsung developed a solar-powered Eco Remote for its 2021 TV range at last year’s Consumer Electronics Show, citing the difficulties and attempting to decrease global e-waste. Now, the Korean has added a useful function to its next-generation Eco Remote, which debuted at CES 2022.

At CES 2022, Samsung will unveil its Eco TV Remote

Samsung’s new TV Remote: During its CES presentation, Samsung unveiled a new version of its solar-powered Eco remote. While the new Eco Remote has the same solar-charging capabilities as the original, it also has a clever trick up its sleeve.

Samsung’s new SolarCell Eco Remote can transform radio waves from devices like a Wi-Fi router into electricity to charge itself, in addition to drawing power from the sun. The RF (radio frequency) harvesting technology was added to the company’s Eco Remote to allow it to keep its charge by “absorbing routers’ radio signals and converting them to energy.”

Apart from the new charging technique, Samsung’s Eco Remote can charge itself using indoor or outdoor light, or customers may utilise a USB-C connection. As a result, no real AAA or AA batteries are required to power the TV remote. According to Samsung, this would prevent “more than 200 million batteries from ending up in landfills.”

This year, Samsung also released a white-coloured version of the Eco Remote. It would better suit the aesthetics of the business’s lifestyle TVs, such as the Serif, Frame, and Sero series, according to the company.