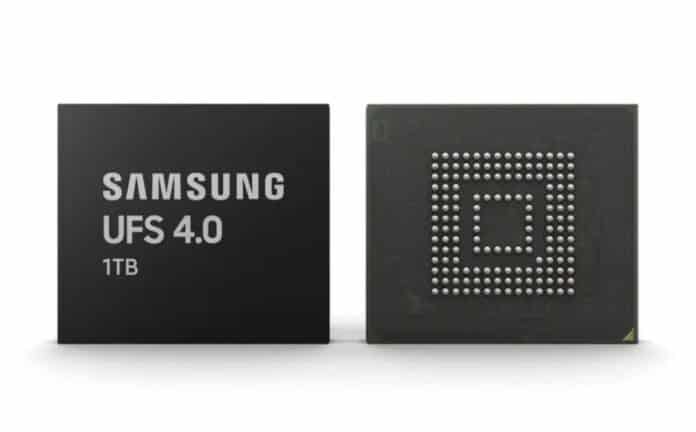 In the form of UFS 4.0, Samsung’s semiconductor division has created the next-generation Universal Flash Storage (UFS) technology for mobile devices, enabling faster read and write rates as well as power efficiency. According to Samsung, the new UFS 4.0 technology will be the “industry’s highest-performing” storage solution. It will be twice as fast as current UFS 3.1 technology.

Samsung recently announced and detailed its latest achievement in the mobile storage sector on Twitter. The UFS 4.0 storage solution is designed to increase performance and power efficiency in future mobile devices from Samsung and other device manufacturers, such as smartphones, tablets, and foldables. Check out Samsung’s tweet, which is embedded below.

BREAKING: Samsung has developed the industry’s highest performing Universal Flash Storage (UFS) 4.0 storage solution, which has received JEDEC® board of director approval. What is UFS 4.0 and what does it mean for the future of storage? Read on to learn more. pic.twitter.com/4Wxdu0J2PD

In terms of technical details, Samsung’s UFS 4.0 is based on the latest standard specification from the JEDEC Solid State Technology Association and has been accepted by the organization’s board of directors. Under the hood, the business employed its 7th-generation V-NAND technology and its in-house controller to produce the newest storage solution.

As a consequence, sequential read rates of up to 4,200Mbps and sequential write speeds of up to 2,800Mbps are possible with UFS 4.0 technology. According to Samsung, the speed will be up to 23.2Gbps per lane, which is double the speed of UFS 3.1 technology. According to the business, the bandwidth is “ideal for 5G devices,” and it is also anticipated to reach the automotive, AR, and VR industries in the future.

When it comes to the power efficiency of the UFS 4.0 solution, Samsung claims that it will be 46 percent better than its predecessor. It is also intended for more efficient space usage and will be available in a variety of storage sizes ranging up to 1TB.

The new UFS 4.0 storage system will be available in mass production in Q3 2022, according to the business. As a result, we anticipate that the first UFS 4.0 devices will hit the market in early 2023. There is a likelihood that the Samsung Galaxy S23 range or future Galaxy Z phones may support UFS 4.0.

So, what do you think of Samsung’s newest mobile storage solution? Do you believe that now that Samsung has created next-generation UFS technology, it should introduce UFS 3.1 to its mid-range and cheap devices?