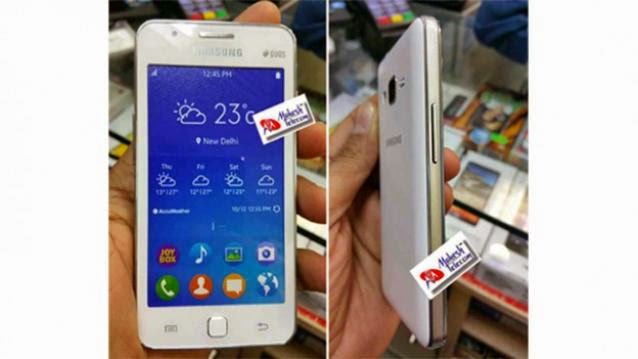 After a no-show on December 10 and putting an end to the rumours hinting Samsung will launch its new Tizen-run Z1 on January 18, the company has finally sent out an official invite for an event held in Delhi today. If the previous reports are to be believed then the device will be priced below Rs 6,000.

The Tizen-based Z1 is expected to be available via online retailers as well as through Samsung’s existing sales networks.

On the camera front, the Z1 will get a 3.2MP rear camera with LED flash unit and a VGA front facing camera. The Z1 will have a 1500 mAh battery.

Looking at the price, the Samsung Z1 Tizen phone will be competing with the likes of Xiaomi Redmi 1S or Asus Zenfone 4.  It is certainly targetted at the entry-level segment of the market.
Tizen is Samsung and Intel’s co-developed operating system which aims to reduce dependency on Google’s Android platform.

The Samsung Z1 is expected to launch in China in February and Korea in the first half of 2015.