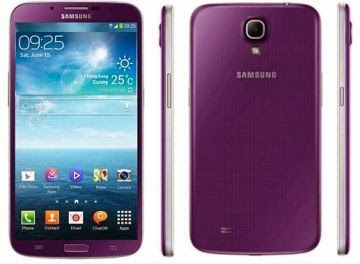 Big tablets? Check. Big phones? Sure, those are in the pipeline too, according to Samsung’s Executive Director, Hyunjoon Kim, who revealed at the company’s Result Report Conference Call that Samsung is planning on bringing more 5-to-6-inch smartphones to market this year. Phones like the Galaxy Grand and the 5.8-inch and 6.3-inch Galaxy Mega already exist in Samsung’s lineup but have been unable to create a storm (though the Galaxy Grand does pretty well in the budget market), and in the company’s new strategy, this lineup will be extended with multiple new big-screen handsets.

Hyunjoon Kim also noted that these phones would be differentiated through their displays, though whether it was just a gesture toward the screen sizes or towards the fact that these devices will have great displays is something that remains to be seen. The company will also be working on improving features like Multi-Window and the S Pen stylus functionality, which seems fitting considering these features come in extremely handy on big-screen devices and have helped Samsung put its phablets couple of notches above the competition.