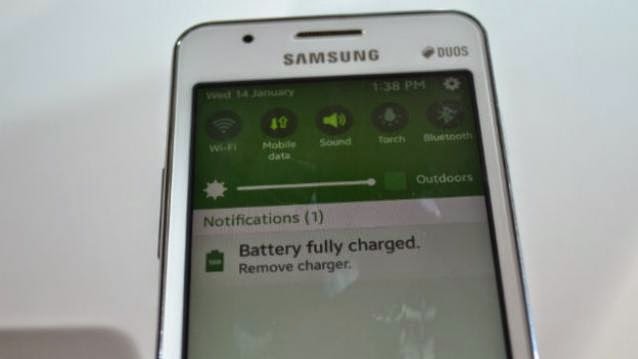 While we’ve been hearing how Samsung’s Tizen Z1 has failed to impress Indian audiences, a new report by BusinessKorea now reveals that the device has received ‘higher-than-expected’ sales volume in India.

Citing industry sources, the report states that the Tizen z1 model has been chosen by over 100,000 customers in India from the time it was launched here on January 14. In Bangladesh, the sales volume has reached 20,000 units since February 3.

“In these markets, approximately seven million and 500,000 smartphones are sold a month, respectively. Although the Samsung Z1’s market share stands at around 1 percent now, the records are higher than expected given that it runs on a minor operating system,” further adds the report.
Recently, there have been reports on how Samsung has been losing grip in the Indian market. The company has now launched several phones at the Forum 2015. Samsung is hoping the Z1 will catch on in the world’s third-largest smartphone market, boosting its flagging global market share and gaining a foothold for Tizen among India’s first-time smartphone buyers.