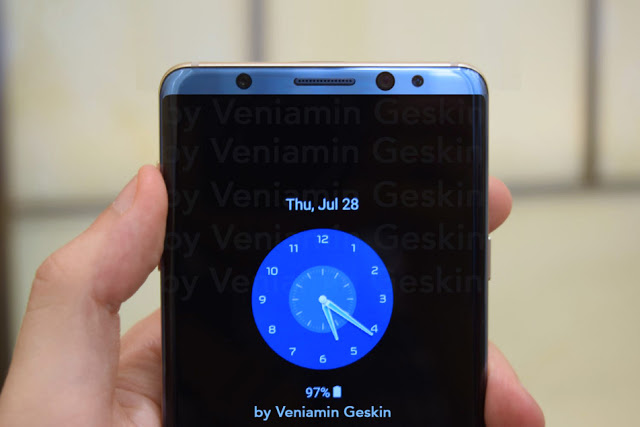 We’ve been hearing a lot of rumors about the Galaxy S8 and the Galaxy S8 Plus over the past few weeks. Multiple renders have already leaked giving us a glimpse of what the upcoming flagship might look like.

Samsung confirmed recently that it’s not going to unveil the handset at MWC 2017 but it will confirm the Galaxy S8 launch date at the event. While we won’t know until the launch event how much both variants are going to cost, purported color options and pricing for the Galaxy S8 and Galaxy S8 Plus has leaked online today apparently from a Ukrainain retailer’s database.

Galaxy S8 (SM-G950) and Galaxy S8 Plus (SM-G955) are both listed in the retailer’s database in Black, Gold, and Orchid Gray colors. The prices are mentioned in Ukrainian Hryvnia but they roughly convert to $950 and $1050 for the Galaxy S8 and the Galaxy S8 Plus respectively. If this is really the case, it appears that rumors about Samsung raising the price of its next flagship smartphone have turned out to be true, it may carry at least a $100 premium over the Galaxy S7. The price will obviously vary slightly in different markets but at this rate, it’s still going to be slightly more expensive than its predecessor.

Reports suggest that Samsung is going to launch the Galaxy S8 on March 29 at a special event in New York City. That is yet to be confirmed, though, we’ll find out in the final week of this month for sure.