Samsung Galaxy S6 to launch at MWC 2015: Here’s what we know so far 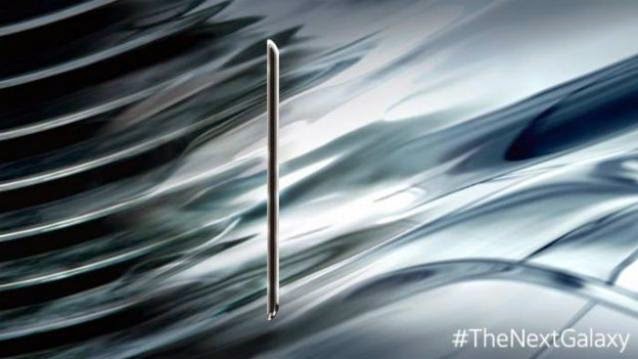 Samsung Galaxy S6 in the teaser image from the company.

Samsung’s Galaxy S6 smartphone, the new flagship from the South-Korean tech giant, will launch at the Mobile World Congress 2015 in Barcelona on 1 March. Thanks to Samsung’s teaser videos and photos, and the rumours mills, there’s quite a lot that we already know about the upcoming Galaxy S6. We take a look at what the leaks have revealed so far.

Design and build: For starters it’s good-bye plastic flagships from Samsung and amen to that. On Monday, Samsung released a video teaser simply titled, The Next Galaxy, which hints a full-metal body phone. In addition to this, the Samsung Instagram page has also released a visual teaser of the S6.

The teaser makes it evident that the Galaxy S6 will be a new-line of flagship from the company with a metallic body and is full arty visuals of liquid metal sliding along what looks like the edge of the phone. The teaser has lines like ‘metals will flow’ and ‘border will disappear.’ It might be Samsung-style corny, but that has been taken to mean that Galaxy S6 will have extremely thin bezels on the sides.

The Galaxy S6 will also come with an curved-edge display version, according to the leaks. Even Samsung’s video gives a brief hint of a curved edge display. The smartphone will likely be called the Galaxy S Edge and report by Sammobile  confirmed that it will an Edge screen on both sides.

Sammobile goes on to say that “the Edge screens will be 30 to 50 percent less curved than the Edge display on the Galaxy Note Edge as the S6 is a smaller device than the Note Edge.

Colour options for the S6 will be Black, White, Red and Blue. Sadly no gold like the iPhone 6 and iPhone 6 Plus. 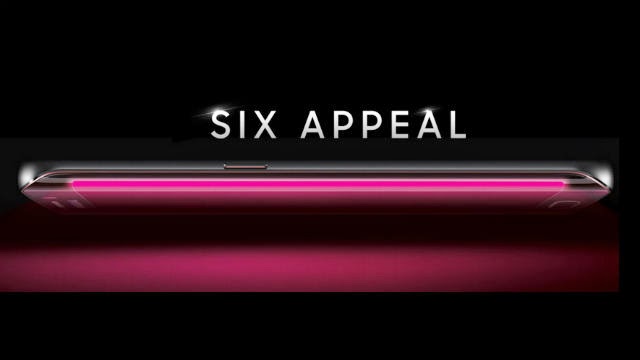 Specifications: Such is the devotion of some, that a whole site has been created for the Galaxy S6 rumours. One such site, GalaxyS6Samsung.com put out a specs list which said that the Galaxy S6 will come with a 5.3-inch 4K AMOLED display, a 64-bit Exynos 7420 or Snapdragon 810 processor depending on the country, 5 megapixel front camera, 20 megapixel rear camera and Broadcom’s new sensor chip. More on the camera below.

Wireless charging: This is one rumour that started since Samsung posted company blogpost on the subject on its website Samsung Tomorrow. The blog post notes, “It is expected that 2015 will be a landmark year for the growth of wireless charging deployment, as wireless charging stations will begin to appear in more and more public places. Samsung will accelerate to democratize this wireless charging technology with compelling smartphones. With our upcoming Galaxy smartphones, users will be able to enter a new wireless world like never before.”

The post also states that around two-three years ago, wireless charging was only 20 to 30 percent as fast as wired. However, the charging speed has now been doubled.

Obviously given that this post came so close to the Galaxy S6 launch date, it has been seen as an indication that the Galaxy S6 could support wireless charging. But it would be prudent to note that other talked about Samsung technologies like ‘Eye-scanner’ didn’t really make it to the S4 or S5, even though the company had mentioned them in blogposts.  If the S6 does support wireless charging, that will be a big boost to its features.

Camera: An intelligent camera that will take perfect pictures under any conditions and all users have to do is press the button? Well that doesn’t explain a lot but apparently that’s something we should expect from the Galaxy S6 camera.

According to an official blogpost by DongHoon Jang, Senior VP and Head of Camera R&D Group, the camera of the next flagship will be something like this. He wrote in the post,  “We meticulously evaluate every single facet of our smartphone cameras by taking over 10,000 photos in every imaginable lighting environment for analysis. The same passion and dedication has been put into building the cameras for the release of our 2015 flagship model. It will be intelligent and do all the thinking for users, allowing them to take amazing pictures under any conditions, without having to worry about anything more than just pressing the shutter button.”

The post doesn’t really dwell on the specifics of the Galaxy S6’s camera and it’s unlikely that we will see a camera phone with a larger image sensor size, which is what really makes a difference to the photos taken from your smartphone and those on your DSLR.

Obviously Samsung’s flagship won’t come cheap in India and is likely to leave some fans disappointed.