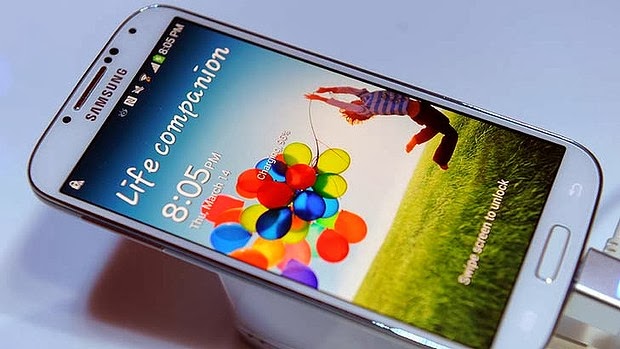 Samsung Galaxy S4: The flagship smartphone’s successor is expected to be unveiled on February 24. Photo: AFP

Samsung’s new high-end smartphone will have a larger 5.2-inch screen and a sharper display than the current Galaxy S4, according to a source with direct knowledge of the matter.
The new phone, with an improved battery and camera, will be released about the same time as an upgraded Galaxy Gear smart watch, the source said, asking not to be identified because the specifications aren’t public. Samsung may start selling the new phone for less than previous models in the S series after encouragement by at least one mobile carrier, said a second source familiar with the matter.

Samsung is adding features to the latest version of its most-popular device as it tries to counter slowing demand for premium smartphones, new models from Apple and a plethora of Chinese competitors selling devices for as little as $100. The world’s biggest smartphone maker is releasing its new phone, which may be called the S5, after sales of the predecessor S4 unveiled last year fell short of analyst estimates.

Samsung is adding features to the latest version of its most-popular device as it tries to counter slowing demand for premium smartphones, new models from Apple and a plethora of Chinese competitors selling devices for as little as $100. The world’s biggest smartphone maker is releasing its new phone, which may be called the S5, after sales of the predecessor S4 unveiled last year fell short of analyst estimates. 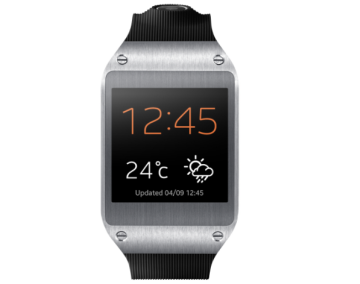 “For me, better specs don’t cut it,” said Gartner analyst Roberta Cozza. “They need to find a way to get users to pick the Samsung brand across different types of devices to better compete with Apple.”

Asia’s biggest technology company plans to debut the device at the Mobile World Congress next week in Barcelona. It has invited journalists to an event called “Unpacked5” scheduled on February 24.
Sul Jung In, a Seoul-based spokesman for Samsung, declined to comment on specifications of the device.

Eye scanner
Samsung studied the possibility of using eye-scanner technology in the new phone for the first time, Lee Young Hee, executive vice-president of the mobile business, said in January. Sales of the company’s marquee S4 slowed after the September release of Apple’s iPhone 5s, which includes a fingerprint scanner.
The South Korean company will focus its advertising for the new phone on improved security features, an upgraded camera and integration with wearable devices such as the Galaxy Gear, one of the sources said. Samsung wants to position the phone on the high end of the market against competitors including HTC with its One series, the source said.
Cheaper price?

Samsung hasn’t given carriers a selling price yet amid a debate about whether the new phone should be cheaper than previous S models. A Galaxy S4 device with 16 gigabytes of memory sells for $729 outright from Harvey Norman in Australia, and is also available cheaper on contracts with telcos.
Samsung, which sells about one of every four mobile phones globally, saw its shipments and market share fall in the fourth quarter of 2013 from a year earlier, according to IDC data. Samsung shipped 112 million mobile phones in the quarter, down from 113.6 million units a year earlier.
Its shipment market share declined to 22.9 per cent in the fourth quarter from 23.5 per cent a year earlier.
Since its release in April, Samsung has sold 63.5 million units of the S4, which features a 5-inch screen and 13-megapixel camera, according to the median estimate of three analysts. That compares with 65.6 million for the predecessor S3, according to the analyst survey. Samsung doesn’t disclose shipment data for individual devices.