LG G3 to Xperia Z2: Five high-end smartphones to look forward to in 2014 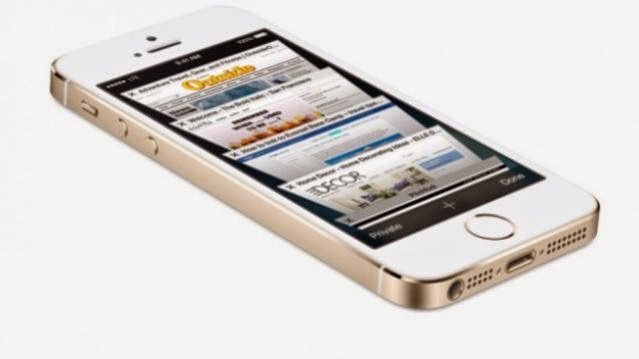 While the year kickstarted with Samsung and HTC unveiling their high-end smartphones, manufacturers like  Sony and Nokia have already given us a glimpse of what its next-gen devices would look like. Motorola is known to be working on the  Moto X+ 1 while the highly anticipated iPhone 6 has been attracting a lot of attention for its larger display and health-related features. From iPhone 6 to Lumia 930, we’ve jotted down the high-end smartphones to look forward to in 2014. 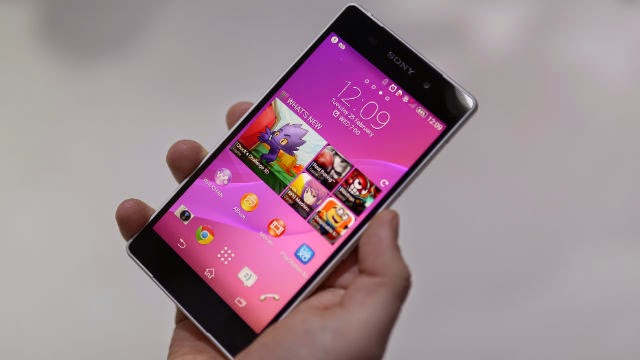 Sony has confirmed that it will be launching its flagship Z2 smartphone in India on May 8. Though the official price of the Xperia Z2 isn’t out yet, Amazon UK has reportedly started taking pre-orders for £544.87 that translates to approximately Rs 55,000. However, considering the fierce battle of flagships in India with the likes of HTC One M8 and Galaxy S5, one can expect the Sony device to come with a lower price tag. The Z2 has borrowed waterproof and rugged capabilities from its predecessor, and sports a 5.2-inch 1080p full HD Triluminos display. Under the hood, it comes powered by a 2.3 GHz quad-core Snapdragon 801 and Adreno 330 GPU, coupled with 3GB of RAM. Sony has also added digital noise-cancelling capabilities, promising up to 98 percent reduction in ambient noise when used with its MDR NC31EM headset. 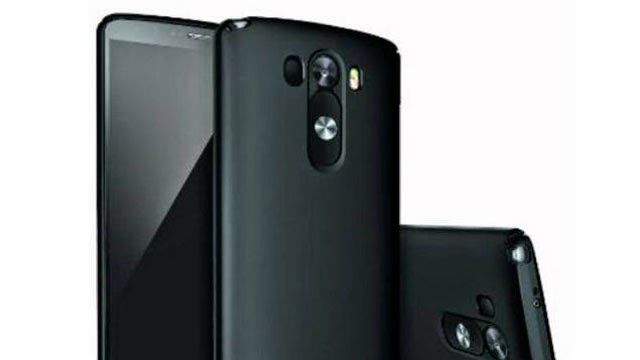 The back buttons and supposed stylus slot


LG is hosting events on May 27 and May 28, across six cities in the world, and is highly speculated to launch its next flagship G3. The invite shows a brushed aluminum finish, hinting at the premium material that the company has used. The company has already confirmed a 2K display, and we’ve also seen the leaked retail packaging that clearly hints at a gold option for the device. It’s 5.5-inch panel is reportedly the first ever Quad HD AH-IPS LCD display for smartphones, mere 1.21 mm thick with a 1.2 mm bezel. This also means the G3 could be the first mainstream Android device to feature a 2K display. If the most recent leaked images are anything to go by then the device could come with really thin bezels and dual LED flash. In terms of specs, the LG G3 is expected to sport the Qualcomm Snapdragon 800 system-on-chip with a 2.5GHz processor on board, a 3000 mAh battery and it is rumoured to sport a 13MP rear camera. G3 will most likely come with Android 4.4 out of the box. 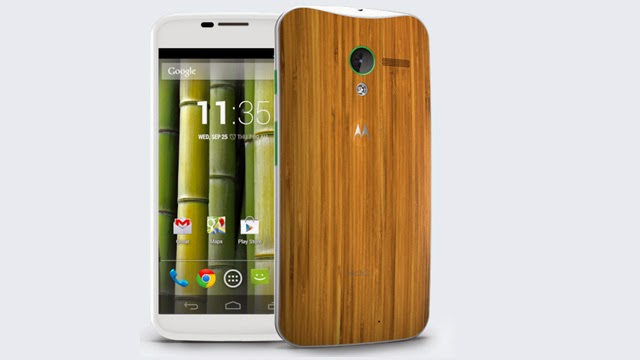 Motorola had hinted a summer launch for its upcoming Moto X variant. While evleaks gave us the first sneak peek into Motorola’s plans to launch a new smartphone dubbed ‘Moto X+ 1′, the company’s accidental listing further confirmed the name. While we don’t know much about is specs, we also hope to see some upgrades to the display, camera and processor. A recent leak points out that the Moto X+1 will be available in cool, neutral and warm shades like navy, slate, red, orange, olive, black and raspberry, to name a few. Moreover, the device is also expected to come with wooden back options such as teak, bamboo, rosewood and ebony, alongside leather options in black, red, grey and blue colours. 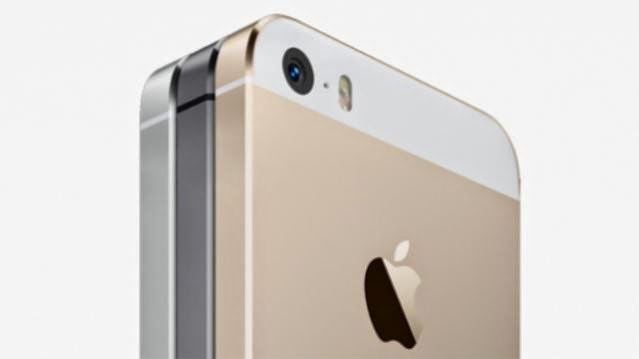 The rumours around the alleged iPhone 6 kick started with analysts predicting a 4.8-inch display for the next-gen Apple device late last year, backed by revelations from component suppliers. This highly anticipated smartphone for 2014 is likely to come with larger display and iPad-like design. iOS 8 is expected to debut with the iPhone 6 and word is Apple is betting big on health and fitness tracking features, and will come integrated with the Healthbook app.  The iPhone is expected to be available in two display sizes: 4.7-inch with 1334×750 and 5.5-inches with 1920 x 1080 pixels of resolution. Both models are expected to come with an A8 processor, 1GB of RAM, LTPS display panels, optical image stabilization, and Touch ID. Take a quick look at our iPhone 6 rumour roundup. 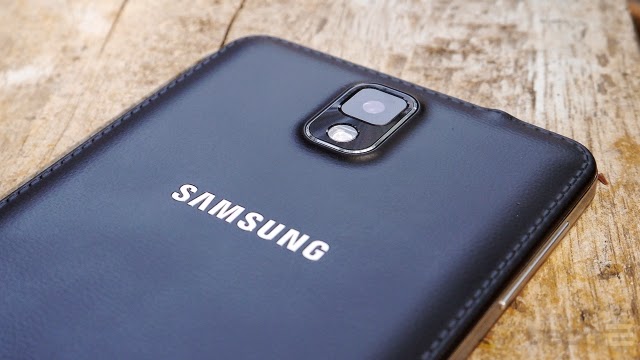 Soon after Samsung launched the Galaxy S5, rumours around the Galaxy Note 4 started gathering pace.  While the S5 settled for a 1080p display, the Note 4 now brings back the ’2K display’ rumour. Yes, the Note 4 is now rumoured to come with a sharper display featuring 2560 x 1440 pixels of resolution. On the processing speed front, the device is speculated to pack in a hexa-core Exynos CPU or a Snapdragon 801. The company might as well build both variants, and as seen earlier, the company may launch the Exynos variant for India. It is also expected to include 4GB RAM, and run on Android 4.5. On the camera front, the Note 4 will reportedly come with a 20.1MP sensor and some camera abilities seen in the Galaxy S5. The rumoured feature list also includes 128GB onboard storage, 4G network support, handwriting-recognition technology to unlock the device and a battery ranging between 3600mAh and 3800mAh. 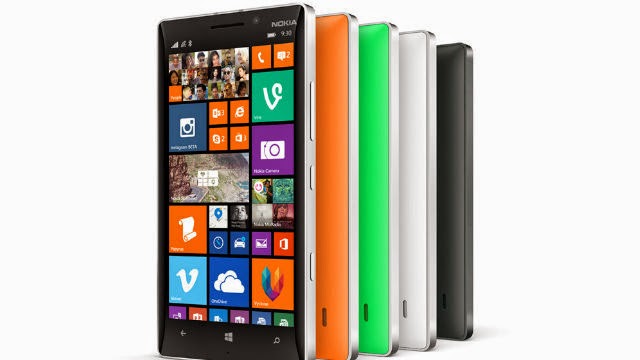 Is it the Nokia flagship?

Looks like, Nokia will finally have a flagship to compete with its contemporaries. The flagship Lumia 930 was announced at the Microsoft BUILD earlier this year. The device is expected to hit store shelves soon. However, it’s still unclear whether it will reach the Indian market. The Lumia 930 runs Windows Phone 8.1 and comes with a 2.2 GHz quad-core Qualcomm Snapdragon 800 processor, 32GB of internal storage (7GB free OneDrive cloud storage) and 2GB of RAM. It has 5-inch Full HD display, along with 20-megapixel PureView camera with optical image stabilization (OIS) and ZEISS optics. The Lumia 930 is fuelled by a 2420 mAh battery with built-in wireless charging.