Samsung Galaxy Note 7 is dead RIP: How Indian consumers are responding to it 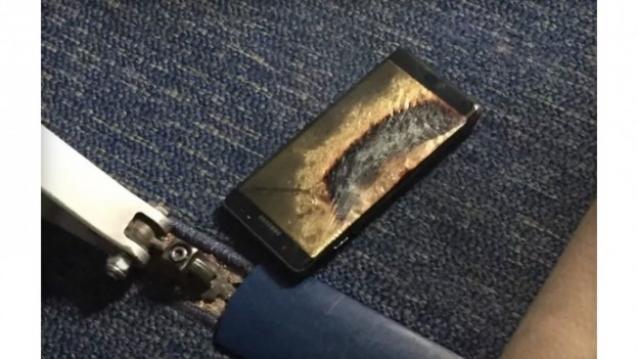 As much as Samsung may have hoped, the Galaxy Note 7 won’t really ‘brighten’ up your Diwali. The company tried re-launching the once-celebrated Note 7, but looks like there is no respite for Samsung as the units with replaced batteries began bursting into flames.

So, Samsung has started a total recall. It has begun recalling all its devices, and is also known to be sending special fire-resistant boxes to ensure there aren’t anymore mishaps, and is ready to give refunds. All in all, Samsung’s Note 7 is dead. This fiasco is believed to burn a $17 billion hole in its pocket, but that’s too little compared to the loss of reputation the company may suffer.

While the company has begun taking all necessary precautions elsewhere, the situation is different in India, as it wasn’t officially released here.

There is a high probability of consumers picking up the Note 7 abroad and are now stuck with it.
We wonder how Samsung plans to process with refunds, or rather ensure the device is recalled safely. Moreover, we haven’t heard of a fire-proof box for India yet.

Another area of concern is that in the grey market, the Note 7 is still available. Some shop keepers in Mumbai are offering mixed responses. One vendor we spoke to said he still has the Note 7 in stock at Rs 56,000 and promises that it comes with the replaced battery. It didn’t sound like he was aware of the recall by Samsung.

Some others said that they never had the device in stock. In Delhi though, a source said the device isn’t available but ‘can be made available’ for Rs 58,000. While another vendor said it is available for Rs 56,000.
Shop keepers in India’s grey market still stocking Note 7 is a cause for worry.

What about customers who pre-booked Note 7?

Samsung had officially launched the Note 7 on 11 August at Rs 59,900. It was open for pre-orders. For those who pre-booked the device, Samsung India sent out an email apologising for the delay, alongside a few SMS acknowledgements promising to make up for the delay with free VR headset and apps.

With the re-launch plans, 28 October was supposed to be the release date of the Galaxy Note 7 for India market, just ahead of Diwali. However, there were many who opted to walk out on their beloved device and had begun asking for refund.

While Samsung is promising timely refunds elsewhere, it could be simply ignoring its biggest smartphone market – India. Or at least some users believe so, who have seen no sign of the refund, which would ideally takes only 5-7 days if the transcation was made through a debit card.

Now, along with the recall, non-timely refunds could only rupture Samsung’s reputation in India further.