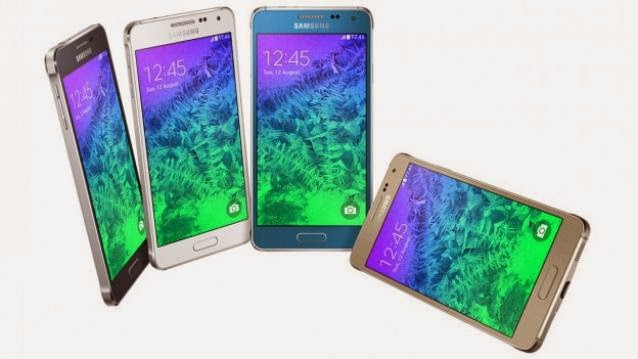 It’s hammer time as Samsung has just made the much-awaited Galaxy Alpha official, it’s much-anticipated rival in the battle against Apple.

As expected this is the first high-end Samsung phone to sport a metal design. Samsung says the Alpha represents “the evolution of Galaxy Design”,  with a metal frame, more rounded corners, and by-now Samsung standard tactile back. The Galaxy Alpha will be rolled out to over 150 countries starting in September, but no official pricing is out yet.

The Galaxy Alpha is seen by many as the company’s rival to the iPhone 6 and it mirrors closely the latter’s expected specs. firstly, there’s Android 4.4.4 KitKat out-of-the-box with the requisite customisations that come with a Samsung phone. It features a 4.7-inch HD (720×1280 pixels) Super AMOLED display, which is likely to be very similar to the one used in the Galaxy S3, though slightly smaller. It’s quite slim for sure at just 6.7mm in width and weighs a mere 115 grams, which is quite superb in this category.

In terms of cellular connectivity, expect the very best as the Galaxy Alpha has LTE Cat.6 support so it can go up to 300Mbps (peak download rates). Inside is an octa-core chipset, Samsung’s own Exynos SoC, though the exact model number is unknown. It’s a quad-core 1.8GHz and quad-core 1.3GHz, working in HMP mode, so all eight cores can run simultaneously, if required. The smartphone also comes in a quad-core variant with a clock speed of 2.5GHz, which could be the much-awaited Snapdragon 805.

What’s the same on either variant is the 2GB of RAM and 32GB inbuilt storage, which is non-expandable. We hope Samsung releases a higher capacity variant, because the phone looks quite sexy. Now, before anyone says that it’s an iPhone rip-off, we think Samsung has done enough to distinguish the Alpha. Things that stand out are the slight bulge on the top and bottom, which presumably is there for better grip, as well as the slightly extended bottom frame that adds a nice profile to the otherwise minimal back. 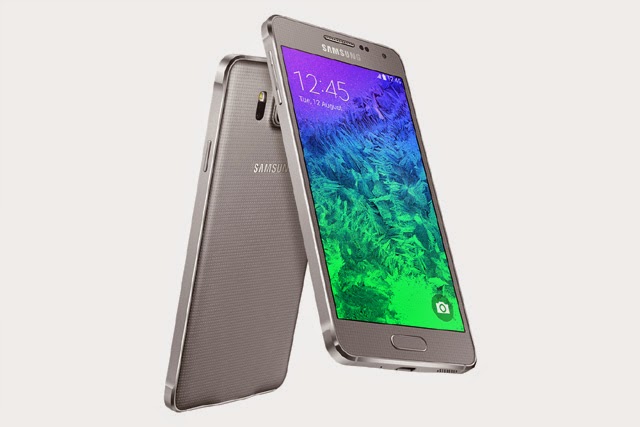 The Galaxy Alpha sports a 12-megapixel rear camera and also includes 2.1-megapixel front-facing camera. We expect all the bangs and whistles of Samsung’s custom camera software in the Alpha. It packs an 1860mAh battery, which does sound terribly lean, but we’ll have to see what kind of optimisation Samsung has managed to pack in and the display shouldn’t draw too much power either.

The Galaxy Alpha, much like we expect all future Samsung flagships to be, has a fingerprint scanner embedded in the home button. There’s no heart-rate monitor though, so at least one rumour has fallen flat. At Tech2 we love those exceedingly inane marketing names for colour variants, and the Galaxy Alpha will be available in Charcoal Black, Dazzling White, Frosted Gold, Sleek Silver (pictured above), and Scuba Blue colour variants.