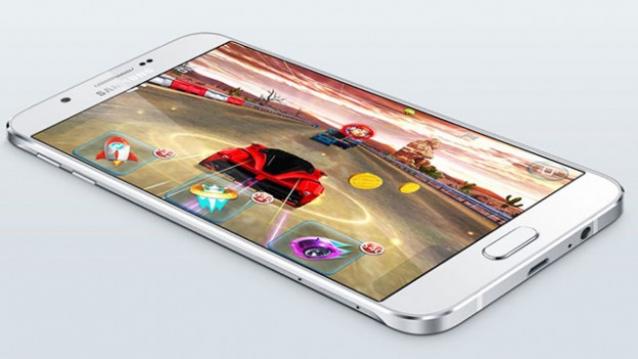 After its debut in China last month, Samsung has launched the company’s thinnest smartphone, the Galaxy A8,  in India. Priced at Rs 32,500, the all-new Samsung Galaxy A8 will be available in black, white, and gold options starting today.

In terms of specifications, the Samsung Galaxy A8 features a 5.7-inch full-HD display with 1080 x 1920 pixels of resolution. It is powered by an octa-core Samsung Exynos 5430 processor instead of the 64-bit Qualcomm Snapdragon 615 processor used in the China variant. It is paired with 2GB RAM. The Android 5.1.1 Lollipop-based smartphone runs TouchWiz UI on top.

It comes equipped with an internal storage of 32GB and can be further expanded up to 128GB via microSD card. The Galaxy A8 features a 16MP rear camera along with a 5MP front facing camera. In terms of connectivity, the device includes Bluetooth 4.1, dual band Wi-Fi 802.11 a/b/g/n/ac, GPS, Glonass, and LTE support. It supports 4G and also comes equipped with a fingerprint scanner. This almost bezel-less smartphone comes with a high capacity 3,050mAh battery.

We’ve previously seen several phones aiming to achieve slimmest form factor and the A8 will compete with the likes of 4.75mm Vivo X5 Max, 4.85mm Oppo R5 and 5.1mm Gionee Elife S5.1. Samsung has also partnered with Airtel which would provide a double data plan that offers double the data of your current data plan for a limited period.