Samsung Galaxy A7 (2018) Launched in India with Three Rear Cameras 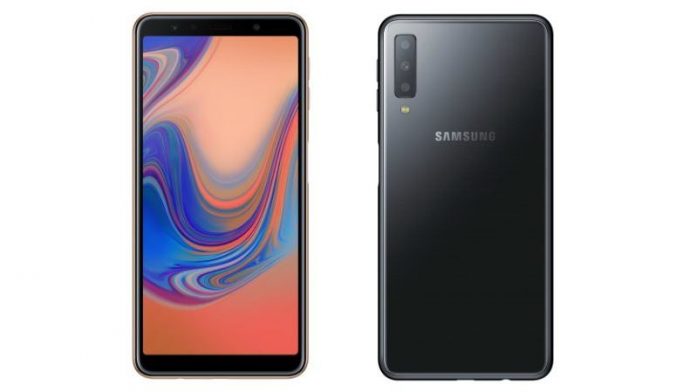 As we told you, there is a triple camera setup in the phone. It has a 24 megapixel autofocus sensor that comes with f / 1.7 aperture. At the same time, 8-megapixel ultra-wide sensor with f / 2.4 aperture and a fixed sensor of 5 megapixels (f / 2.2 aperture) with fixed focus has been given. Speaking of selfie camera, the phone has 24 megapixel front sensor with f / 2.0 aperture. There are also features like LED Flash, Selfie Focus, AR Emoji and Pro Lightning Mode.

This phone supports dual SIM. Also it works on Android 8.0 Oreo based on the Samsung Experience UX. It has a 6-inch Full HD Plus Super Amoled Infinity Display. Its pixel resolution is 1080 x 2220. At the same time, its aspect ratio is 18.5: 9. This is the protection of Gorilla Glass 3. This phone is equipped with a 2 GHz octa-core XCONOS 7885 processor. Its internal memory can be increased to 512 GB via microSD card.

Samsung Galaxy A7 2018 Battery and Connectivity:

To give power to the phone, 3300 MAH batteries can be given. Also, it will be supported by Bixby, Samsung Pay, Samsung Health and Dolby Atmos. For connectivity, the phones have been given 4G VoLTE, Dual-Band Wi-Fi 802.11ac, Bluetooth V5, ANT Plus, NFC, GPS, GLONASS, Beidou and 3.5mm headphone jack.