Samsung Galaxy A20s will receive an Android 11-based OneUI 3.1 update, according to reports 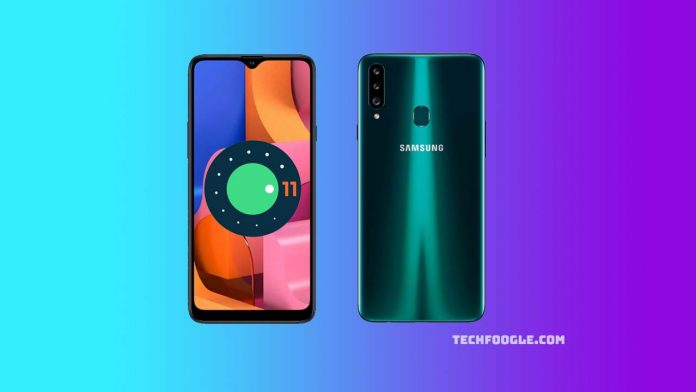 The Samsung Galaxy A20s is expected to receive a stable version of the One UI 3.1 update, which is based on Android 11. The update is presently being rolled out in Malaysia and will soon be available in additional regions. Along with the new OS, the Samsung smartphone upgrade includes the Android security patch for June 2021, as well as numerous Android 11 features such as chat bubbles, new privacy settings, permissions settings, and more. The Galaxy A20s was released in October 2019 with Android 9 Pie pre-installed, and in May 2020, it received an Android 10 update.

Changelog for Samsung Galaxy A20s
the Samsung Galaxy A20s is getting a One UI 3.1 update in Malaysia, according to SamMobile. The Android 11-based UI receives a new look, updated stock applications, the option to erase location data from pictures, one-time permissions, quicker apps, and better memory management. Because Samsung is renowned for providing two major OS upgrades for their cheap handsets, this is most likely the smartphone’s final OS upgrade.

The Android security patch for June 2021 is included in the release. The firmware version for the Galaxy A20s is A207FXXU2CUFA, however, there is no information on the size of the upgrade. Users should, however, update their smartphones when they are linked to a strong Wi-Fi network and plugged in. The smartphone should automatically receive the update over-the-air. Go to Settings > Software update > Download and install to manually check for the update.

Specifications for the Samsung Galaxy A20s
The Samsung Galaxy A20s was released in October 2019 with Android 9 Pie pre-installed. It was updated to Android 10 in May 2020. The Galaxy A20s has a 6.5-inch Infinity-V display with HD+ resolution (720×1,560 pixels). It’s got a Snapdragon 450 processor and 4GB of RAM under the hood. It comes in 32GB and 64GB storage options, both of which can be expanded using microSD cards (up to 512GB).

The Galaxy A20s has a triple rear camera arrangement that includes a 13-megapixel main sensor, an 8-megapixel ultra-wide lens, and a 5-megapixel depth sensor. Samsung has included a 4,000mAh battery with a 15W fast charging capability.