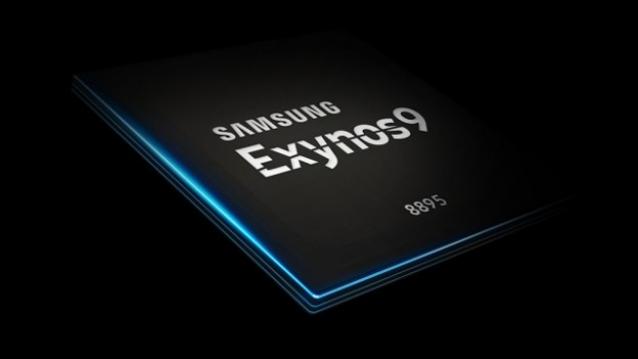 Samsung worked closely with Qualcomm to develop the new Snapdragon 835 flagship mobile chipset. While there has been reports of the Korean giant exclusively getting access to the chipset before any other smartphone maker, it has announced its own 10nm chip.

The new Exynos 9 Series 8895 promises up to 27 percent faster performance and 40 percent lower power consumption when compared to a similar 14nm chip. It features an octa-core processor with four second generation custom Samsung cores along with four Cortex-A53 cores. A Mali-G71 GPU takes care of the graphics and supports VR with offering up to 20 cores.

Just like Qualcomm’s chipet, the new Exynos 8895 features a Gigabit LTE modem offering speeds of 1Gpbs down and 150Mbps up. As mentioned above, the chipset focuses on VR experience where the GPU will minimise latency for a more immersive experience while non-interactive VR is gets support by a video decoder, which can improve 360- degree videos.

The chip also supports 4K at 120fps video recording and playback along with a Vision Processing Unit which can track moving objects in video, help with panorama processing and machine vision. Apart from that there is a built-in security module that will work with the fingerprint reader and iris scanner for secured payments. We won’t be surprised if Samsung uses this chip in the upcoming Galaxy S8 smartphone.

Apart from using the chip in smartphones, the Exynos 9 will be used in infotainment systems for cars, remember the Harman Audio acquisition? In fact Audi has already agreed to use the new Exynos chips in its upcoming cars.