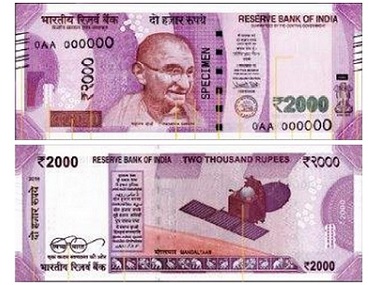 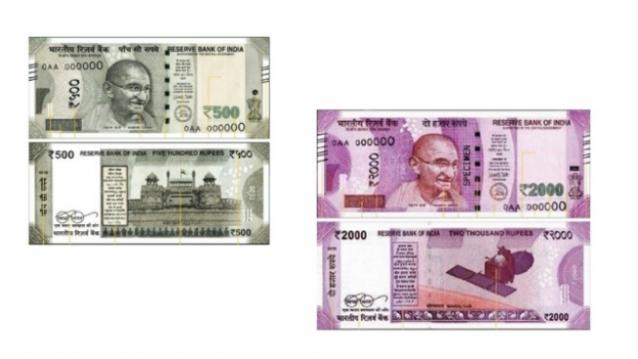 Prime Minister Narendra Modi made some important announcements last night in his address to the nation. One of the major point was that Rs 500 and Rs 1,000 notes will cease to have legal tender from 9 November onwards. PM Modi has stated that this move was undertaken to curb the black money that is being circulated rampantly.

Rs 500 and Rs 1,000 notes cannot be used in transactions and those having these notes can exchange it at their banks on 10 November as banks will be shut on 9 November. The govt has also announced the release of new designs for the Rs 500 denomination and there will also be a Rs 2,000 denomination, which are expected to be available from 10 November.

The amt of India’s economy going through digital pipes will see massive growth! Brilliant move by @narendramodi! @FreeCharge UP UP & AWAY!

Digital wallet companies as well as ecommerce startups have welcomed this move. Kunal Bahl, co-founder and CEO of Snapdeal welcomed this move saying that there will be significant long-term benefits. “With this, the quantum of India’s economy moving through the digital pipes will witness massive growth. Both Snapdeal and FreeCharge are committed to supporting all such initiatives,” Bahl said.

Naveen Surya, chairman of Payment Council of India and managing director of ItzCash said, “We welcome this extremely bold and much needed step by Prime Minister Modi and the government to cure us from disease of cash in our society. I along with Payment Council and India and ItzCash greatly admire this move and provide our full support.”

Trupay, a unified payments interface (UPI) based bank to bank payment solution has also welcomed this move to curb black money. Rahul Gochhwal, co-founder of Trupay said, “During the changeover period of phasing out old currency notes we really believe that a lot of people will move towards digital payments options due to curbs on roll out of new currency. People will now look at and embrace new age digital payments systems which are far more efficient to enable direct bank to bank retail payments.”

Popular digital wallet Paytm took the opportunity to push forth its tagline.

We have got two words for you: Paytm Karo.

Paytm founder Vijay Shekhar said that it was a golden age to be a FinTech entrepreneur in India. He lauded the move by the PM. Speaking to The Economic Times he said, “In ecommerce, we will see more consumers do digital payments, CoD will reduce which means ecommerce will become more scalable in the long term. This is the best time to build a financial tech company in India. Every part of the country now wants digital to be successful.”

MobiKwik CEO and co-founder Bipin Preet Singh said that this was a historic policy change and would go down in history as an important economic reform. “Within a 50 day period, a billion Indians will change their payments behaviour – we will move from cash only to a cash-free economy. This a strong step taken by the Modi government and will benefit the growth of digital payments and digital banking in India,” he said.

Bhavish Aggarwal, co-founder & CEO, Ola which also happens to have Ola Money as a digital wallet, said, “We welcome this landmark move by the Hon’ble Prime Minister. As a nation, this is our first major step towards a cashless economy, bringing convenience and transparency for every Indian. This move is integral in realising our shared vision of a Digital India.”

“The recent announcement by the government to remove surcharge on electronic transactions for Government payments, announcement of Acceptance Development Fund to boost electronic payment infrastructure for retail merchant network and lastly GST with April 1 2017 are all clear direction of move towards large scale digitisation of payments,” said Sunil Kulkarni, deputy MD of Oxigen Services.

Even ecommerce sites seem to be welcoming the move. Sanjay Sethi, co-founder and CEO of Shopclues said, “Even though this is not the first time such a move has been made by a sitting government, what is significant this time is that it is built on the JAM trinity – Jandhan, Aadhar and Mobile – making it hard for the country to regress. The country’s infrastructure is much more prepared to make this a watershed moment for war against terrorism and black money.”