Razer has unveiled its newest gaming console, the Razer Edge 5G. It is a handheld gaming device that will allow gamers to play PC games directly on their handheld. This new handheld console has been created to give gamers an immersive mobile gaming experience.

What is the Razer Edge 5G Handheld Gaming Console?

The Razer Edge G is a handheld gaming console that allows you to play your favorite PC games on the go. It features a 6.8-inch Full HD+ AMOLED display and is powered by a Qualcomm Snapdragon G3x Gen 1 chip and 8GB of LPDDR5 RAM.

What Sets the Edge 5G Apart from its Competitors?

Another key feature of the Edge is its built-in 5G connectivity. This allows you to stay connected to your favorite games and services while on the go and provides a much faster and more stable connection than other handheld consoles that rely on Wi-Fi.

Finally, the Edge 5G comes with a beefier processor than most of its competition. This means that games will run smoother and look better on the device and will also be able to handle more demanding titles that require more processing power.

The Razer Edge 5G allows you to play more games than any other handheld console by using the cloud. It’s not just compatible with Android, PC, and Xbox games like Fortnite and Deathloop. The Razer Edge also features Nvidia’s GeForce Now and Microsoft’s Xbox Cloud Gaming (beta).

The Razer gaming console has a 6.8-inch screen with a 144Hz refresh rate. It also contains the Razer Kishi V2 Pro with HyperSense haptics, an assortment of analog sticks, eight buttons, and two programmable buttons.

The Razer Edge offers a Qualcomm Snapdragon G3x Gen 1 chip and 8GB of LPDDR5 RAM. You also get 128GB of UFS 3.1 storage, which can be expanded to 2TB. It includes 2-way speakers with THX Spatial Audio, Wi-Fi 6E, Bluetooth version 5.2, a 3.5mm audio jack, and a Type-C USB port for charging the device.

Razer has launched two new versions of the Edge with support for Wi-Fi and 5G connections. These devices also include a digital SIM card, making them compatible with voice service. In addition, Razer has released the Edge Founders Edition, which supports Razer Hammerhead TWS earbuds.

The new handheld gaming console isn’t on sale yet, but it’s possible to pre-order one ahead of time for $5.

The Razer Edge 5G handheld gaming console has been launched, and it looks very promising. It is lightweight, portable, and has some great features, including a 6.8-inch Full HD+ AMOLED display, dual analog sticks, a D-Pad, and buttons for gaming control. Plus, it has Bluetooth 5.2 support for connecting to other devices wirelessly. What are your thoughts on the new device? Please share them with us in the comments below! 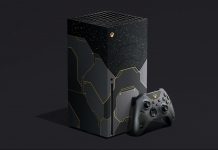 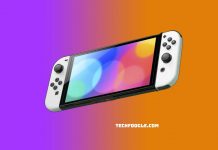