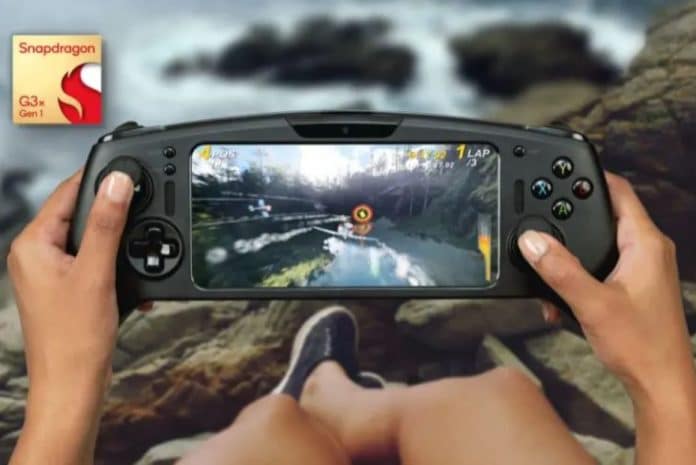 Qualcomm and Razer First Gaming Console: Qualcomm is targeting the mobile gaming market with the Snapdragon G3x Gen 1 gaming platform, in addition to the Snapdragon 8 Gen 1 (aka Snapdragon 898) and the new computing platform processors. According to our dedicated post linked here, the American chipmaker is preparing to usher in a new era of portable Android gaming. To demonstrate this potential, Qualcomm has collaborated with Razer to create a portable gaming devkit.

Qualcomm has teamed up with Razer to create the first Snapdragon G3x Handheld Gaming Developer Kit to showcase the possibilities of the Snapdragon G3x Gen 1 gaming platform. It’s a portable system that, on first impression, resembles Valve’s Steam Deck and the Nintendo Switch. It’s intended to serve as a prototype for OEMs looking to create their portable consoles. Starting today, developers can get their hands on the development kit.

“Together, Qualcomm Technologies and Razer will lead the way with new and innovative solutions that push the boundaries of fidelity and quality available in portable gaming, transforming the way these games are experienced,” In an official statement, Razer co-founder and CEO Min-Liang Tan remarked.

Could the Snapdragon G3x usher in a new era of Android gaming consoles?

The Snapdragon G3x, as my colleague Subin stated in his lengthy explanation, is an ambitious attempt to enter the mobile gaming sector and create an ecosystem of portable Android gaming consoles. Do we need an all-in-one solution for portable Android consoles at a time when the market is already swamped with a torrent of gaming-centric smartphones that provide top-of-the-line specs, built-in cooling fans, RGB flair, and strong gaming accessories? Qualcomm sees a market niche here, and it’s partnering with one of the top American peripheral manufacturers right away. What are your thoughts on Qualcomm’s Snapdragon G3x gaming platform? Please let us know in the comments section below.