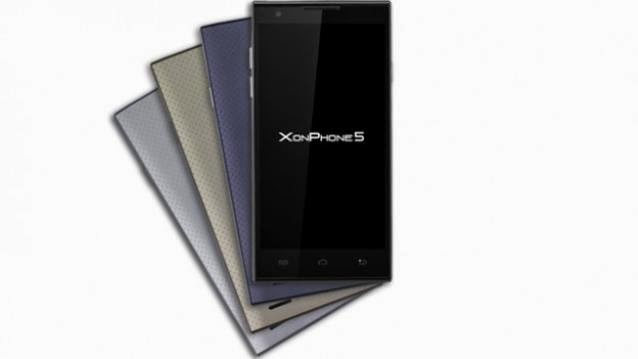 Buoyed by the consumer response to its tablet, handset maker Oplus Technologies today launched its smartphone, XonPhone 5, for the Indian market, priced at Rs 7,999.

The company, a subsidiary of Oplus Taiwan, has launched the handset exclusively on Snapdeal, as it continues the trend of new brands picking online retailers as launch partners. Oplus is coming to the smartphone market just as new players such as Xiaomi and Obi Mobiles are entering as well. So it’s going to be a very tough atmosphere for the new brand.

Powered by a MediaTek 6582 quad-core 1.3 GHz Cortex A7 processor, the XonPhone 5 sports a 5-inch HD display, 1 GB of RAM and an 8-megapixel rear camera with LED Flash and a 2 MP Front Camera. It is powered by a 2,000 mAh battery. The smartphone runs on Android 4.4 KitKat OS, which is the latest version. With an internal memory of 16 GB and a micro SD card slot for up to 32 GB capacity. The back of the phone is said to resemble the Galaxy S5, and has a similar faux leather pattern.

“This is the second product that we are launching in partnership with Snapdeal. Our tablet XonPad 7 got very good response from consumers,” Oplus Technologies India CEO Soumitra Gupta told PTI.

Gupta added that with the rapid expansion of e-commerce in India and growing internet users, brands like Oplus get a large audience at competitive prices, which helps them to concentrate their energies and capital on creating a better smartphone experience for consumers at affordable prices.

“Of about 600 tablet brands on Snapdeal, XonPad 7 is among the top selling tablet brands, which itself speaks about the product and the company. Our second association takes this relationship to the next level,” Snapdeal Senior VP (Electronics) Tony Navin said.