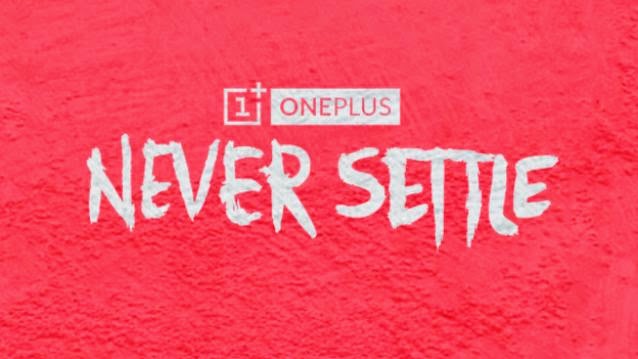 Chinese smartphone brand OnePlus is gearing up to launch the successor to the popular smartphone OnePlus One, dubbed OnePlus Two. According to a ‘leaked’ benchmark test, a new device, which is speculated to be the OnePlus Two, could come with Android 5.1 Lollipop and sport a Snapdragon 810 octa-core processor. 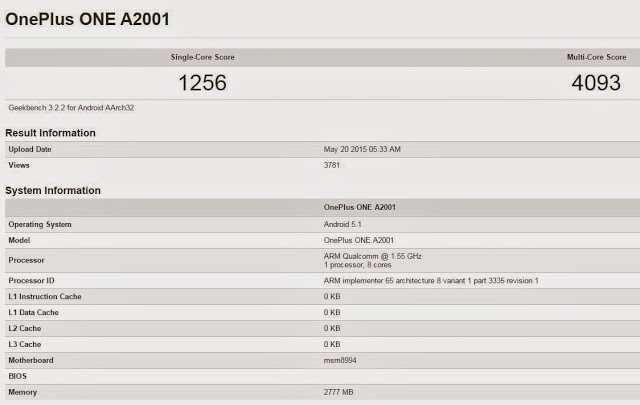 The Geekbench Benchmark test for a device named OnePlus One A2001 was spotted on the site which further revealed that the device also includes a 2777MB RAM which implies that it will come with a 3GB RAM. It will also be powered by a 64-bit 1.55GHz octa-core chipset. The rumoured OnePlus Two has also received a score of 1256 for single-core and 4093 for multi-core.

This news should not come as a surprise as OnePlus CEO Peter Lau earlier this month had hinted at the presence of a Qualcomm Snapdragon 810 processor in the upcoming smartphone along with its price, as reported by Gizchina. The device is also rumoured to sport a 5.5-inch QHD display with a 1440 x 2560 pixel resolution.

The company also released its own custom ROM – the OxygenOS – for OnePlus One users. Those interested in flashing the new OS can download the update from OnePlus’s microsite.