OnePlus has launched two new Smartphones OnePlus 7 and OnePlus 7 Pro today. This is the first time that the company has launched two Smartphone’s simultaneously. For the first time, the company has entered the price segment of more than Rs. 50,000 with the launch of its ‘Pro’ variant. OnePlus comes with the flagship Smartphones of the year 2019 and OnePlus also launched a Bullets Wireless 2 Earphones.

Mirror Gray Variants of OnePlus 7 Pro will be released from May 17 through Amazon India, OnePlus Online Store and Offline Partner Stores. The sale of its nebula blue colour variant will start on May 28. While the third colour of the almond will be available for sale in June. It is to be talked about OnePlus 7, so it has been launched in Mirror Gray and Red Colour. Its sales will start in June. Under the launch offer, customers will get the benefit of Rs 9,300 rupees from Reliance Jio. 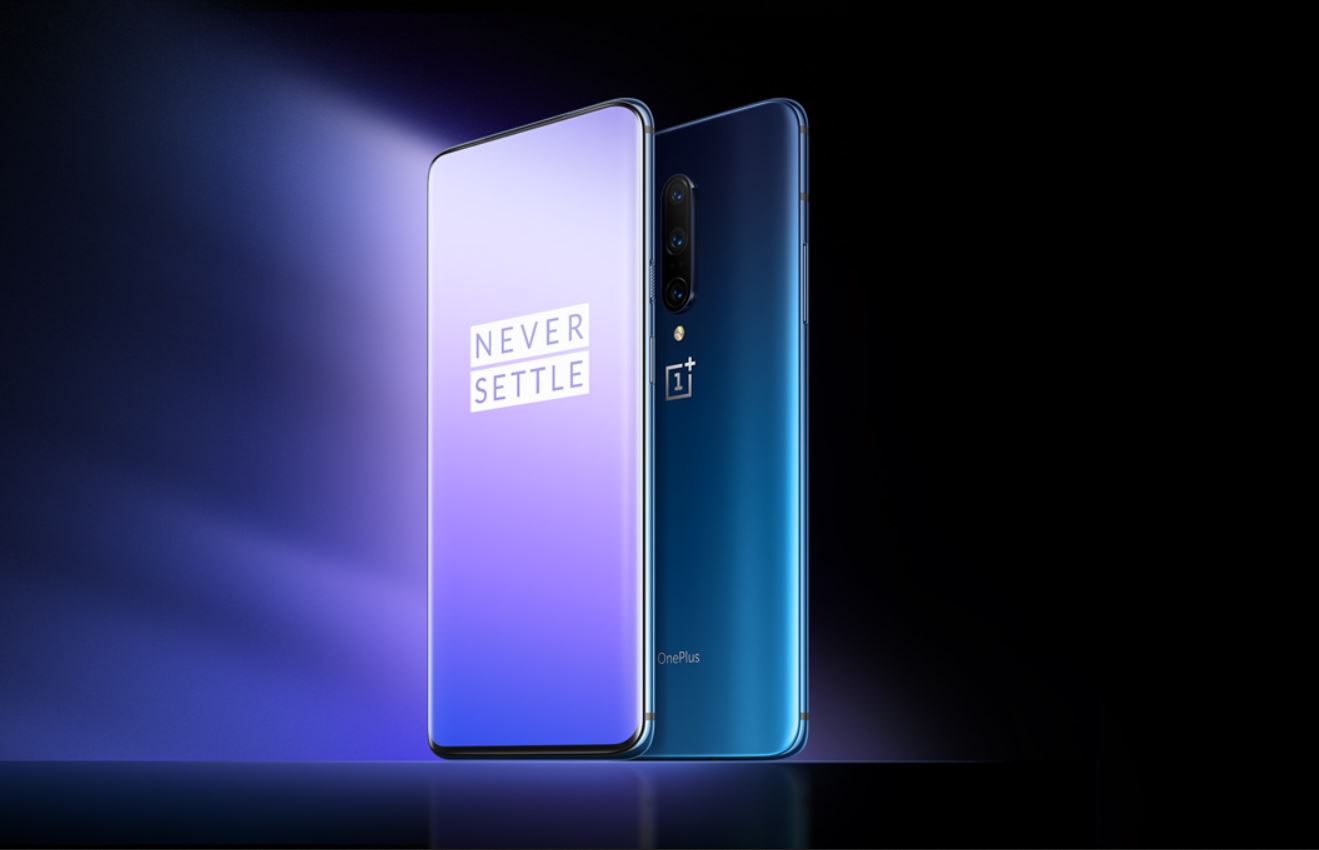 The OnePlus 7 Pro Smartphone features a 6.7-inch QHD+ fluid Amoled Display with a resolution of 1440×3120 pixels and a 90HZ refresh rate. The phone’s aspect ratio is 19.5:9 and screen-to-body ratio is 93.22%. The phone’s pixel density is 516ppi, which comes with the HDR10+ and Netflix HDR Streaming. This phone runs on Android 9 Pie-based OxygenOS, the Qualcomm Snapdragon 855 processor has been used. It is the world’s first phone to come with UFS 3.0 memory.

Talking about the camera, triple rear camera setup in OnePlus 7 Pro has been given. The phone has a 48 megapixel Sony IMX586 sensor with OIS and EIS, f / 1.6 aperture. Apart from this, the phone has an The secondary camera features a 16-megapixel sensor with an f/2.4 aperture and an ultra wide-angle lens with a 117-degree field of view. Finally, an 8-megapixel camera rounds off the triple rear camera setup, with a telephoto lens capable of 3x optical zoom, an f/2.4 aperture, 1-micron pixels, and OIS.

The company claims that even if you open the selfie camera 150 times daily, it will also work well for 5 years. Not only this, if your phone falls while taking selfies, the phone’s pop-up camera will also fall in itself as it falls. OnePlus 7 Pro Comes with Largest capacity 4000mAh battery is provided in OnePlus Lineup, which offers the Warp Charge 30 Fast Charging Support. The company claims that in just 20 minutes the phone will be charged up to 48 percent.

Speaking of OnePlus 7 comes with water-drop notch. It has a 6.41 inch Full HD Plus Optical Amoled Display, with an aspect ratio of 1080×2340 pixels and comes with Corning Gorilla Glass 6 protection has been given in the phone. This phone running on Android 9 Pie Based OxygenOS has the Octa-Core Qualcomm Snapdragon 855 processor, 2 rear cameras have been provided in the smartphone, out of which one has a 48 megapixel sony IMX586 sensor and 5 megapixel depth sensor. Like the Pro variant for the Selfie, the 16 megapixel Sony IMX471 sensor has been given. In the non-pro variant, the company has given 3,700mAh battery which is 20W Fast Charging Support. The company has introduced two variants 6GB RAM / 128GB internal storage and 8GB RAM / 256 GB storage variant.

In addition to the two phones, the company launched today’s OnePlus Bullets Wireless 2 Earphones. This bullet that comes with the Qualcomm AptX HD touch and 10mm dynamic driver has a Warp Charging Support, through which users will get 14-hour audio play back time.

The all new Bullets Wireless 2. Offering exceptional sound quality, these will retail for ₹5990 pic.twitter.com/GDtTmizM6t

The company claims that you can enjoy audio in this bullet for up to 10 hours by charging just 10 minutes. Before the launch, it has used 205 users, which also got a 98.5% rating. Its price has been kept at Rs 5,990.