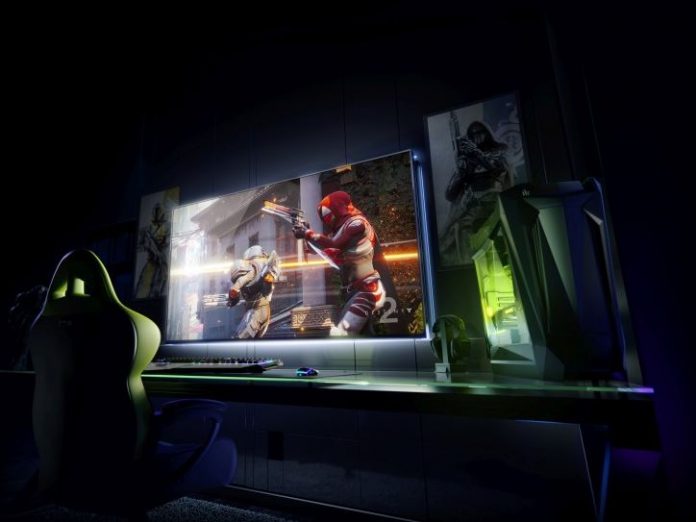 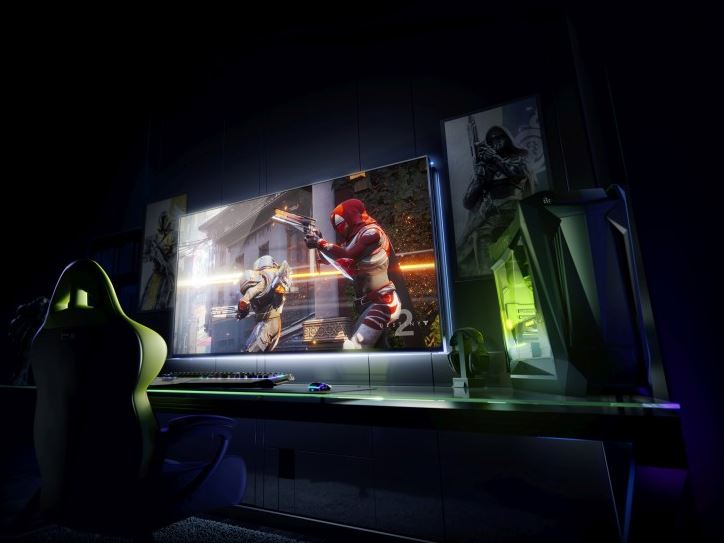 Nvidia has announced a new series of gaming monitors that will really step up your gaming monitors. I’m talking 65-inch, 120Hz, 4K and HDR with Nvidia’s G-SYNC technology and on top of that it has Android TV built-in.

Called the big format gaming displays, or BFGD for short, these displays are being made in partnership with Acer, ASUS and HP for now and will be up for display at CES 2018.

The BFGD have a 4K HDR panel with full-array backlighting, 1000-nits peak brightness and full DCI-P3 coverage for all your HDR content. For gaming, the panels have a 120Hz refresh rate with G-SYNC, so the monitor will sync its refresh rate to the GPU output. The variable refresh rate also allows it to lock down to specific refresh rates such as 23.976, 24 and 25Hz so as to match the refresh rate of cinema content, thereby reducing judder while watching. Nvidia also claims ultra-low latency without mentioning exact figure. The panels will be a type of LCD but we don’t know the exact type yet.

The Android TV (or Shield, as Nvidia likes to call it) support means you can watch content such as Netflix or YouTube directly on the monitor without connecting it to anything. You can also download and play games directly on it or take advantage of Nvidia’s GameStream cloud streaming technology. The displays also come bundled with a wireless remote and game controller with Google Assistant support.

Even though these are not televisions, the size of these monitors means they won’t really be used on a desk but more in a living room setup. This could be ideal for someone who only streams all their TV content and plays a lot of console or PC games in their living room and wanted a display that can keep up with their needs as most televisions do not have things like low-latency and variable refresh rates. The 4K HDR is also a nice bonus for consoles like the PS4 Pro and Xbox One X. These really might be the displays you were looking for if you are into gaming.

Pricing and availability will be announced later.