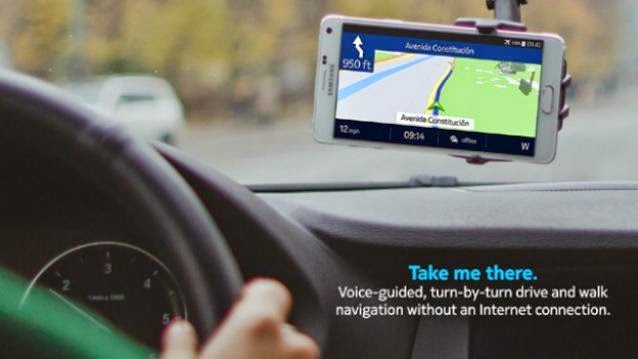 Nokia has announced the release of the Here maps navigation app for global Android users. It has also said that the app will be coming to iOS in early 2015.

Here maps was previously available only on Windows Phone 8 devices and to Android devices in some countries, but after the handset business coming under Microsoft’s control, Nokia is concentrating on expanding
the reach of its Here maps. With the launch of Here maps on Android and iOS,  Nokia will be competing directly against Google Maps.

The company said that the app will provide voice-guided navigation for Android devices in 18 new countries and territories bringing the total number of freely navigable countries to 118. It has also improved the stability and performance of the app and fixed a voice-related navigation bug. However, Nokia has indicated that some countries, including Sri Lanka, Bangladesh and Nepal, won’t find all the roads mapped by the app.

Nokia’s Here maps includes voice-guided navigation, lets you look for directions without an Internet connection and provides public transit information. You can share your location in real time with integrated Glympse messaging. Here also lets you download maps  for offline use, which gives it a slight edge over Google Maps.

Additionally, Nokia has announced an updated Here website with new features and a revamped look. The website adds a new search feature, a traffic view focused on your route and richer content for places.
The Here app for Android is currently in the beta version and is available for download on the Google Play store.