Nokia C1 Smartphone With Android 5.0 Lollipop in the Works: Report 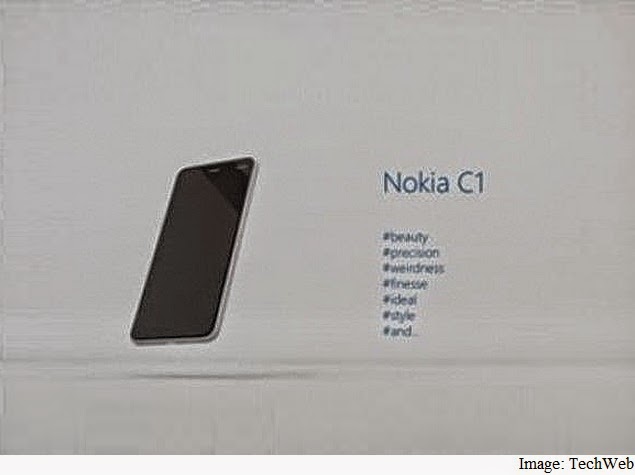 After launching its first Android tablet in November, the Nokia N1, the Finnish firm is now rumoured to be working on an Android 5.0 Lollipop-based smartphone called Nokia C1. If the rumour is true and smartphone is released as the Nokia C1, the firm would be breaching the Microsoft acquisition agreement.

According to Techweb, Nokia is working on a device codenamed Nokia C1 that runs a custom build of Android 5.0 Lollipop based on the Nokia Z Launcher.

The tipped specifications by the Chinese blog (via Phonearena) include a 5-inch display; an Intel processor coupled with 2GB of RAM; 32GB internal storage; an 8-megapixel rear camera and a 5-megapixel front camera for the alleged Nokia C1.

To remind you about the Microsoft-Nokia acquisition agreement, the Finnish company Nokia can no longer use the Nokia brand on smartphones till Q4 2016, and on feature phones for 10 years. To bypass the restriction, Nokia may very well launch the smartphone under a different brand.

Microsoft had completed the acquisition of the devices and services division of Nokia in in April this year. After the deal, Nokia was left with its core
network equipment and services business, Here mapping and navigation unit, and Nokia Technologies. Since then the two new consumer-facing products from Nokia have been the Z Launcher and the N1 tablet.

Earlier this month, Nokia announced its Here maps app will only be developed by it for Android and iOS, while Microsoft would take over development of the application for the Windows Phone platform.

Last month, Nokia had announced its “first Nokia-branded Android tablet” called the Nokia N1. The tablet will be launched in China in Q1 2015 with a brand-licensing agreement extending to an OEM partner (Foxconn) that will manufacture, distribute, and sell it.