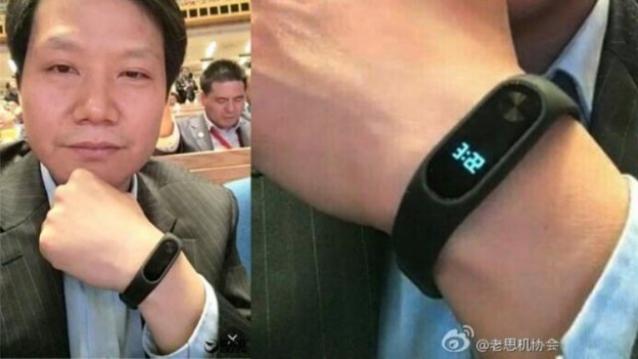 The next iteration of Xiaomi’s popular and affordable fitness band, the Mi Band 2 is confirmed to arrive on the 7 June. CEO Jun Lei had earlier given a sneak peek of the band, back in April, which was originally expected to launch on 10 May when the company announced the Mi Max and MIUI 8. But due to some production constraints, the unveiling was postponed and the CEO himself said that there would be some delays.

After the launch of Mi Drone on Wednesday, the CEO confirmed in a Q&A that the new band will start shipping on June 7, so Xiaomi can have a launch on the same date or even earlier. Of course, initially the band will only be going on sale in China, but hopefully we will see it reaching the Indian market soon after the official unveiling.

The new Mi Band 2 is expected to come with an LED display screen as well as a physical button, as we saw from the picture posted by CEO. There is also a speculation that it will be less dependent on the smartphone. There will be a rubber strap just like the original Mi Band with a variety of different colours. It is also expected to sport a heart-rate sensor, something which the previous generation missed.

Ever since the company first launched its fitness tracker, a large number of fitness wearable devices have entered India. It will be interesting to see how the company will place its product to compete with existing products. The pricing will probably be a huge factor as the original Mi Band became popular primarily for its low price of just Rs 999.