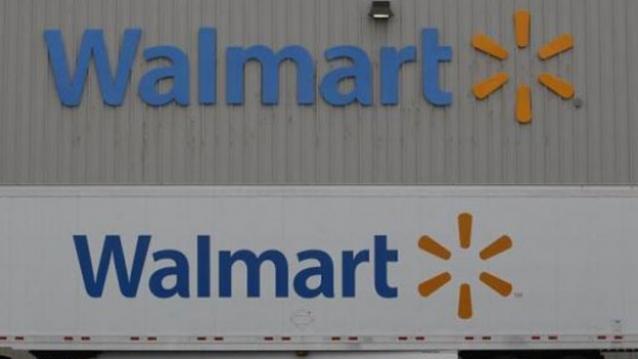 That was one of the big topics of a three-day retail and technology conference called Shoptalk, which attracted more than 3,000 people from a broad spectrum of the retail world, including stores, suppliers and venture capitalists. They included executives from traditional retailers like Wal-Mart Stores Inc. and e-commerce upstarts that are disrupting the industry with names like Bonobos and Stitch Fix, both of which offer personalized services for clothing. There was even an appearance from Lionel Richie who talked about his new home furnishing collection.

They came together this week as the health of the retail sector and the future of shopping is under the spotlight in the wake of a slew of quarterly sales drops from the likes of mall icons such as Macy’s and Kohl’s. Even big-box retailer Target Corp., which had enjoyed rebounding sales amid an overhaul, was not spared from the doldrums. The Minneapolis-based discounter warned Wednesday that it could see a decline in a key revenue metric for the current quarter. That would reverse almost two straight years of increases.

The soft patch goes beyond the unseasonably cool weather. Many stores have been overhauling their businesses as they aim to cater to shoppers increasingly buying more online or heading more often to off-price stores to get deals. But the changing behavior could be accelerating, forcing those who don’t change fast enough to be left in the dust. In fact, some analysts speculate that online leader Amazon could supplant Macy’s as the nation’s largest apparel seller next year.

Gerald Storch, CEO of Hudson’s Bay Corp., which operates stores under the Hudson Bay, Saks Fifth Avenue and Lord & Taylor names, acknowledged in a keynote address earlier this week that the U.S. has too many stores. But stores— and malls— still matter. “The future doesn’t belong to Internet-only companies,” said Storch. “It belongs to customer-facing brands that meet the needs of the customer, however she wants it, whenever she wants it. All companies will be Internet companies, or they won’t be companies at all.”

Here are four trends that were highlighted at the Shoptalk conference, which ended Wednesday:
— STORE EXPERIENCE MATTERS: Major stores are trimming their fleet, but the physical store isn’t dead. It just needs to change.

Target’s Chief Strategy and Innovation Officer Casey Carl discussed how the chain is testing new store experiences. For example, Target’s Connect Home space in San Francisco showcases how shoppers can use “smart” technology for the home like baby monitors and sprinklers. It had huge success with its Wonderland temporary store in Manhattan last holiday season that featured a giant Etch-a-Sketch. “These are learning labs that we can scale,” Carl said.

Meanwhile, a number of online-only retailers are now expanding with physical stores, but don’t expect to walk out with the products you buy. Andy Dunn, founder and CEO of Bonobos, which sells men’s clothes that boast a better fit, now operates 21 physical stores that are called “Guideshops.” There, customers can get fitted, and they will be able to order the items and have them delivered to their home. Shoppers, however, can’t actually take the product with them. Dunn says instant gratification only works for food and essentials. “You don’t eat your shirt,” he said.

— STORES AS DISTRIBUTION HUBS- A GAME CHANGER? Macy’s Inc. was among the first major retailers to start shipping merchandise from the store to shoppers’ homes a few years ago.

Many have followed and executives are relying on this strategy to help speed deliveries to customers. About a quarter of Target stores now ship orders to shoppers’ homes. But they have learned some lessons. Stores had enough problems making sure they had the right inventory in the store at the right time — and the right number of workers based on customer traffic. Now, stores are being stretched to take on different roles. Michael Tobin, senior vice president of strategy and innovation at Macy’s, says it’s working out those issues. It’s starting to test new approaches to workload management, matching tasks to available resources. That means a worker would show up to work and immediately sign onto a computer to get assignments.

— MAINSTREAM BRANDS LOSING LUSTER: Shoppers, particularly millennials, are losing their appetite for major brands that can be found everywhere unless there’s a strong emotional connection. That includes names like Nike or Lululemon. That spells trouble for department store chains, which have devoted huge areas to mainstream brands. Online companies like Revolve Clothing have tapped into this trend. Revolve, which started in 2003, is now a $400 million business. It sells hip “micro-brands” that are not widely distributed.

— THE RECOMMERCE ECONOMY: An increasing number of shoppers are buying and selling their clothes and other items online. In fact, a growing number of shoppers are considering the resale value of the item before they buy in a regular-price store. Tracy Dinunzio is CEO and co-founder of Tradesy.com, which allows shoppers to buy and sell designer handbags and clothing. She says that 88 percent of customers are checking its site for the resale value before they go out and buy. That’s actually good news for mainstream stores as customers will be able to recoup some of the money from the sale of their items and plow it back in. Macy’s has teamed up with thredUP, an online consignment shop, allowing customers to get Macy’s gift cards based on items they get rid of.
“Every woman who buys online will sell online,” said Dinunzio. But that could spell trouble for the world of fast fashion as women are encouraged to buy higher-quality goods, she said.