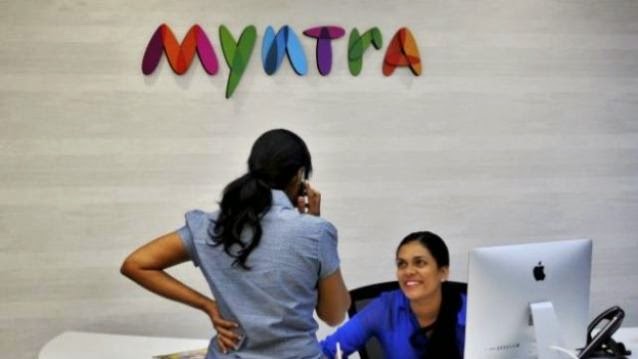 India’s biggest online fashion retailer, Myntra, could turn profitable within a year or two as it cuts back on bargains, improves its mobile shopping app and pushes more of its own label garments, a top executive said.

Myntra was bought by local e-commerce giant Flipkart for about $300 million last year, but operates independently.

Speaking at the firm’s headquarters — where employees work under motivational quotations by fashion gurus such as Coco Chanel, among swings and see-saws — Ganesh Subramanian, in charge of new initiatives at the firm, said profits would follow as the firm cuts back on discounts and moves to higher margin fashion and accessories.

Most Indian e-commerce firms are burning cash heavily as they invest to woo customers, with hundreds of millions of Indians shopping online for the first time.

“Ballpark, one to two years,” Subramanian said, asked when the firm would move into the black.
“If there is one organisation that could do this (turn profitable), it is us,” he said, pointing to initiatives such as the decision to retail own-label garments.

Margins on those sales for Myntra are one-and-a-half times those on branded goods.

But the fashion portal, which rivals international giants including ASOS (ASOS.L) and the Indian arm of Amazon at home, is also investing heavily in technology, as India’s young consumers begin to access the Internet almost exclusively on their phones.

Myntra plans to double its 300-strong engineering team over the next few quarters, and is close to scrapping its website to focus on a mobile app, he said.

“In our view the next wave is mobile. There are many millions of teenagers coming into the system lapping up mobiles. We are able to see a tipping point,” he said.

The mobile app will usher in more innovations, such as adapting to a viewer’s location or previous purchases and cameras that help customers shop for outfits seen on passers by.