Second-gen Moto X and more: Motorola prepares to join the smartwatch bandwagon in 2014 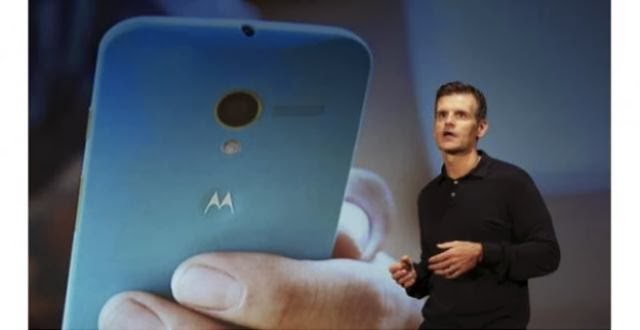 In a Q&A session at the Mobile World Congress, Motorola spoke about how the Google-Lenovo deal won’t affect Moto users, its new Moto X variant, Moto smartwatch and more.

It has tweeted some of the Qs and As from the session. To begin with, Motorola is all set to bring the Moto X to the Indian market in the “next few weeks.” However, there is no word on the exact date or pricing yet. The company recently launched the highly anticipated Moto G, undoubtedly a huge hit in the Indian market.  The device has been receiving rave reviews ever since its launch late last year. In fact, the company calls it Motorola’s most successful smartphone launch.

Just like most phone makers, the company revealed that it is also now working on a smartwatch. While most manufacturers are busy building fitness-focused wrist bands, Motorola intends to focus on the battery life and style of the device. Looks like it is looking to create a pretty looking accessory, rather than a tech-imbued gadget.

Rick – We are working on a watch that will be available this year. We aim to address consumer issues like style & battery life #MotoMWC — Motorola Mobility (@Motorola) February 25, 2014

The company is also working on a new variant of the Moto X. Though the company didn’t divulge any details, it did hint at a launch sometime in late summer.

Motorola has been quite quick at releasing updates for its smartphones. The Moto G has already started receiving Android 4.4 KitKat in India. Now, with the acquisition by Lenovo, will the updates slow down? Clearing the air, the company has said that the updates won’t slow down and that the Google-Lenovo deal won’t affect its users.

Mark: Consumers can be confident our devices will continuously improve; we’ve had 33 upgrades and enhancements for MotoX #MotoMWC — Motorola Mobility (@Motorola) February 25, 2014

The company also disclosed that it would continue to be loyal to Android, and doesn’t plan to employ other Operating Systems like Tizen or Windows Phone.

Q: Will this be impacted by sale from Google? A: Definitely not – we’ll continue as we do today, as a strong Android partner #MotoMWC — Motorola Mobility (@Motorola) February 25, 2014

While one would expect Moto devices to soon launch in China, given its new Chinese owner Lenovo, Motorola has disclosed that there are no such plans so far. However, it does mention that China is a huge opportunity for the company.