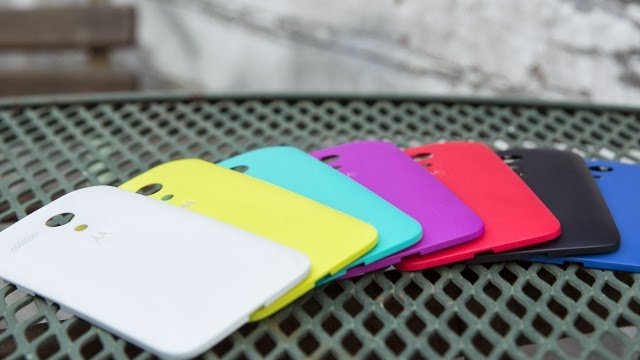 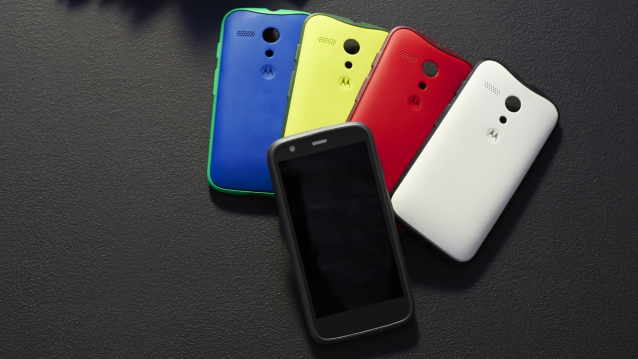 So Motorola finally made its big global play, perhaps the biggest one in the company’s history. While all previous Motorola phones were largely tailored for American needs, the new Moto G has international written all over it. First point of note is the price and the second one is that Motorola unveiled the phone in Brazil, a far cry from Silicon Valley. With a price tag of $179 (approx Rs 10,500) for the 8GB version and $199 (approx Rs 12,000) for the 16GB variant, the Moto G is certainly sumptuously priced. But does it have enough otherwise to woo the international smartphone audience? We can get a better idea by looking at its specs.

Indian Price Moto G
OS – Android 4.3 Jelly Bean
Motorola, owned by Google, will naturally ship the device with stock Android, but this is not bone stock. There are enough proprietary apps for us to call this a Motorola phone, rather than a Google phone. While these apps won’t necessarily change the look of stock Android, the extra functionality makes it akin TouchWiz or Sense. The stock camera has been replaced with an even more minimal UI. Another software addition is Moto Assist, which is an automated settings manager based specifically on your usage patterns. Notably missing are Moto X’s highly-acclaimed Active Notifications and Touchless Control features.
Display – 4.5-inch 720p TFT LCD
Given the craze for phablets these days, the 4.5-inch panel on the Moto G sounds rather scant. But the 720p resolution makes it quite dense and that’s what counts in the final analysis. There’s Gorilla Glass on top to protect the display from minor scratches and scuffs. 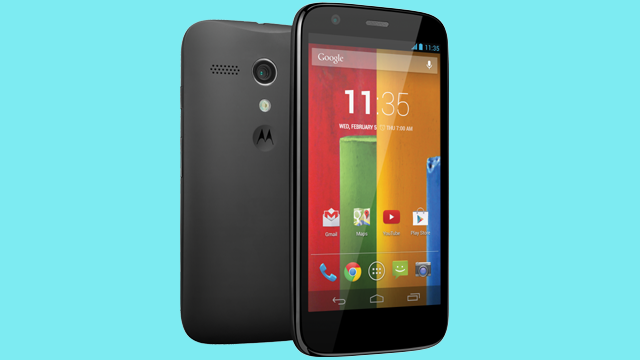 4.5-inch 720p display and a 5-megapixel camera
Cellular connectivity – No LTE
Perhaps the biggest connectivity trade-off in the search for that attractive price tag was the omission of LTE. This is even more surprising considering the chipset is capable of supporting multi-mode LTE. With HSPA+ being the highest available speed, the Moto G could lose out to competition which offers LTE support. However, in markets where LTE is not yet fully available, the Moto G remains a very attractive proposition.
Design – A Moto X cousin
There are many similarities between the Moto X and the Moto G, starting the with smooth plastic backs and the placement of the camera lens and Motorola logo on the back. The slight slope on the top of the back panel is also retained from the Moto X. The front face is dominated by the display and there’s a speaker grille on top along with the front-facing camera. Even in terms of colours, the Moto G has plenty of options thanks to changeable back panels and ‘Shells’ or covers in various hues and form factors. There are 19 options for these ‘Shells’ in all, which does give users plenty of options to customise. In a way, this is better than the Moto X, as it lets users change the colours as and when they want.

The Grip Shells are basically bumpers for the Moto G

CPU and Graphics – Snapdragon 400
In terms of processing power, the Snapdragon 400’s quad-core CPU is very similar to the MediaTek MT6589. Both are based on Cortex-A7 and are clocked at 1.2GHz. There’s an Adreno 305 GPU in tow, which should be good enough for most Android graphic tasks. Surprisingly, Motorola chose to clock the CPU a bit lower than the maximum possible 1.7GHz. This could be due to heating issues or to conserve battery drainage, but since the bootloader is unlockable, the option for overclocking (if that’s your thing) can’t be too far off.
Cameras – Under-specced
There’s not much yet to talk about the Moto G’s camera. The 5-megapixel primary shooter does sound like a big trade-off and could be a bigger deal breaker than the lack of LTE. Of course, we are just talking in terms of specs. Performance is another matter altogether, so we have to wait for the first untouched samples to make a final judgement. Motorola has packed in a bunch of features for the camera including 4X digital zoom, slow motion video, burst mode, auto HDR and panorama. Video is a bit of a letdown as the Moto G can only shoot up to 720p. The front camera is a 1.3-megapixel unit and this one too can only shoot up to 720p video. 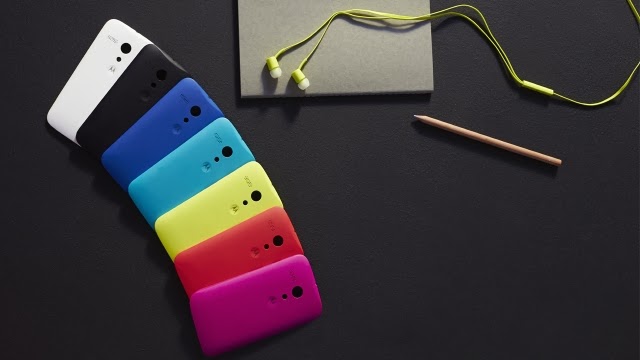 The back is replaceable

Wireless and GPS – The usual
Considering the price, the Moto G’s 802.11 b/g/n Wi-Fi support seems just about right. Though we would have liked to see ac support. GPS is a standard inclusion and there’s GLONASS support as well. For Bluetooth, Motorola’s gone with the 4.0 standard bringing support for low-energy tethering.
Storage – Cloud focus
The Moto G will be available in 8 and 16GB options, but Motorola has packed in 50GB of free storage in Google Drive for two years. There’s no microSD card slot.

Which colour will you pick?

Battery – Big claims
Motorola has packed in a lithium-ion 2070 mAh battery, which is rated for 24 hours of mixed usage. Motorola claims the Moto G can outlast the iPhone 5s in terms of talk time by 30 percent. These are tall claims, but we will have to see how well the phone does in real world usage. However, with Motorola’s penchant for making long-lasting phone batteries, we wouldn’t be too surprised to see it perform well.
The bottom line
Moto G ticks a lot of boxes when it comes to specs, especially at its price point. It will end up competing with the likes of Micromax and Karbonn for a share in the mid-range segment in India and here’s where it will most likely shine. It’s by no means a high-end device. We think a few people would be slightly unimpressed by the on-paper camera specs and the lack of LTE. As for the camera, it’s too early to say whether it’s good or bad and the LTE support will only be dealbreaker for those who have well established coverage. For the price, the Moto G seems like a great proposition and could very well be Motorola’s big comeback vehicle.