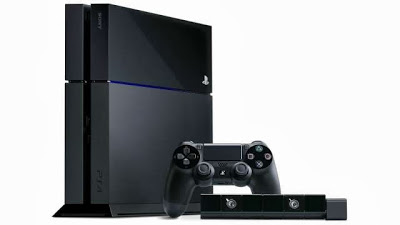 With the PlayStation 4 having hit North American markets over the weekend, the company has now stated that it has sold more than 1 million units of the console in the first day itself. The news comes from Sony’s Shuhei Yoshida through a tweet, saying “PS4 has sold through over 1 million units within 24 hours of the launch in North America!!! :D” It is worth noting, however, that the console had well over that amount in pre-orders alone. When the European launch date comes by, it won’t be surprising to see that number shoot much higher, especially since the continent has been a stronghold for the PlayStation brand during the PS3/Xbox 360 era.

The console made its way to North American stores and, unsurprisingly, sold out in most retail outlets. Most people who were able to get a console on launch day already had pre-orders for it. The console currently costs $399 in North America, and bundles in a DualShock 4 controller along with the console. The PlayStation Eye camera, which is meant to work along with the Move-esque light sensor on the DualShock 4 is sold separately. The next wave of the console’s launch, aimed at Europe, will take place on November 29.

We still have no idea when the console is coming to India, and Sony has kept mum about the release date and price here as well. This hasn’t stopped some enterprising retailers from getting ready for it, however. The console has been available for pre-order through Indian game retailer Game4U since back in July, and more recently, we saw Snapdeal put it up for pre-order as well. Picking it up from Snapdeal requires the buyer to pay Rs 1,999 in advance, and the store will charge the remainder of the Rs 40,000 price tag when it starts shipping.

the PlayStation 4—in India, online retailer Snapdeal seems to be quite confident about it coming here in December. The online store has listed the console as available for pre-orders. Picking it up requires the buyer to pay Rs 1,999 in advance, and the store will charge the remainder of the Rs 40,000 price tag when it starts shipping.