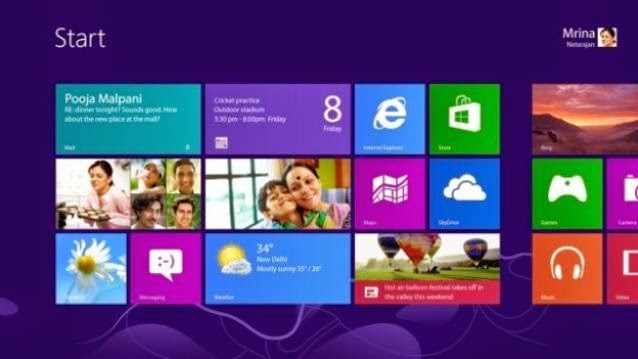 With Windows 8, Microsoft introduced a tablet-style UI on the conventional desktop mode, but many users were put off by the complexity of the OS, and the great learning curve.

The company then introduced back the Start button in Windows 8.1 to ease the transition, and some reports have been hinting that its next version dubbed ‘Windows 9’ is set to bring back the Start menu and windowed apps. And now, according to a report by WinBeta, Microsoft plans to remove its Charms bar – the right-side overlay used to access search, share,  settings and so on.

A report by TheVerge, further confirms that Windows 9 will come sans the Charms bar. Metro-style Windows 8 apps are also expected to get title bars that will include menus with the Charms components, adds ZDNet. Developers will have to add features to enable the share Charm, the report adds further.

While the idea behind Windows 8 was to bring a seamless experience for mobile and desktop users, looks like Microsoft is now planning to take a complete U turn. With this update, it is also believed that Microsoft is trying to woo desktop users and trying hard to bring resemblance to Windows 7 with its next iteration of desktop OS.

Microsoft is also a said to be adding virtual desktops feature to Windows 9 for enterprise and power customers. It should be noted that Apple’s OS X, and many Linux distros already come with support for virtual desktops. A report by Neowin states that ‘virtual desktops will allow Windows 9 users to create separate active desktops and switch between them from a button on the taskbar’. Again, it clearly looks like an attempt to keep desktop users on Windows, and not switch to rival or mobile platforms.