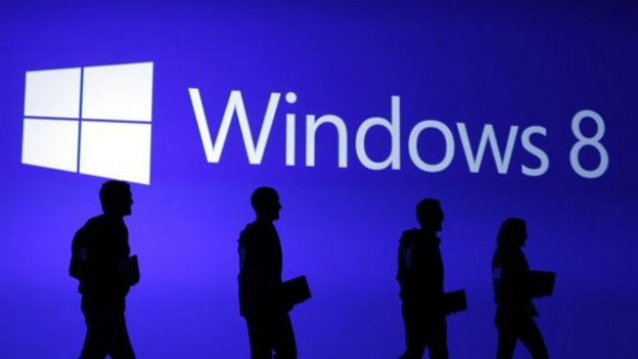 Still no word on new CEO

Microsoft Corp posted a bigger-than-expected quarterly profit on Thursday, boosted by strong sales of its software and services for businesses, a solid holiday season for its new Xbox game console and Surface tablets, and a slightly lower tax bill.

The world’s largest software company did not say anything about its five-month search for a new chief executive to replace Steve Ballmer, who said in August he would retire within a year. The company co-founded by Bill Gates 39 years ago was central to the personal computer revolution, and its Windows and Office products still dominate business desktops, but it lost its way with consumers in the last decade under Ballmer as Apple Inc and Google Inc stormed ahead in mobile computing.

The quarter may well be the last full one for Ballmer, and it at least showed some positive momentum for the Surface tablet, Microsoft’s long-delayed attempt to knock Apple’s iPad off its perch. “It’s a good print to ride off into the sunset with, for the current CEO,” said Colin Gillis, an analyst at BGC Financial. “There’s still the over-arching question for this company: who’s going to be the new CEO, and what direction they take.”

Sources have said the search is down to a handful of candidates, including internal and external executives. Microsoft’s new Xbox One console, launched in November, helped the top line, contributing more than half to the 7.4 million unit sales in the quarter, up from 5.9 million a year ago. That said, Sony’s cheaper PlayStation 4 appears to be winning the latest video game showdown.

Sales of the second generation of Surface tablets jumped to $893 million in the key holiday shopping quarter, more than the whole of the previous fiscal year. But making and selling the machines cost $932 million, meaning Microsoft is not making a profit on them. At prices ranging from $450 to $1,800, the sales figure suggests Microsoft sold no more than 2 million Surface units. By comparison, Apple is expected to announce sales of more than 20 million iPads for the holiday quarter next week.

“Xbox is definitely a feather in Microsoft’s cap, they defied the skeptics,” said Daniel Ives, an analyst at FBR Capital Markets. “But Surface continues to be the Mount Everest of uphill battles.” Microsoft did not say much about Windows Phones, its other great push into the mobile computing arena, which will gain force when it completes a $7.2 billion acquisition of Nokia’s handset business in the next few weeks.

The company said overall phone revenues, which include license fees from Nokia and royalty payments from other handset makers using Google’s Android system, jumped 50 percent to just over $1 billion in the quarter. However, that increase mostly reflects a low starting base for Windows in the year-ago quarter and runaway sales of Android smartphones.

Worryingly for Microsoft, Nokia earlier in the day announced sales of only 8.2 million Lumia smartphones, which was almost double the same quarter a year ago, but down from the 8.8 million it sold in the previous quarter, suggesting that the new phones lost momentum in the crucial holiday season. Overall, Microsoft reported a fiscal second-quarter profit of $6.56 billion, or 78 cents per share, compared with $6.38 billion, or 76 cents per share, in the year-ago quarter.