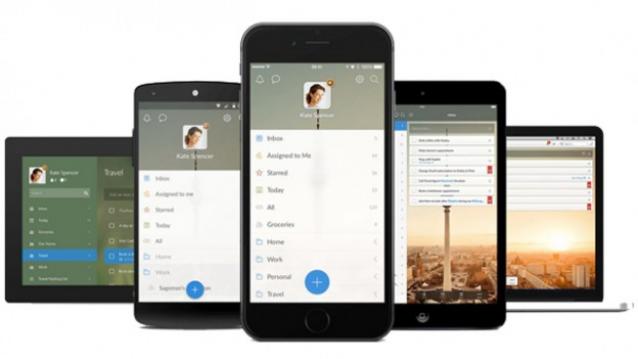 Microsoft said that it has bought 6Wunderkinder GmbH, a Berlin-based startup behind the Wunderlist to-do list app.

“The addition of Wunderlist to the Microsoft product portfolio fits squarely with our ambition to reinvent productivity for a mobile-first, cloud-first world,” Eran Megiddo, general manager of Microsoft’s OneNote, said in a blog post.

“We’re pleased to welcome the Wunderlist team to Microsoft and excited to increase our presence in the thriving Berlin tech scene.”

Financial details of the acquisition were not disclosed, but a Wall Street Journal report valued it at between $100-200 million (91-182 million euros). Wunderlist launched nearly five years ago and boasts more than 13 million users.

Megiddo said that the startup will add to the momentum of Microsoft Office, OneNote, and Skype for Business as well as the recent acquisitions of Sunrise and Acompli to bolster the US software titan’s applications or mobile devices.

In March, Microsoft acquired the Californian start-up LiveLoop and its app which allows multiple users to collaborate on PowerPoint presentations simultaneously. Created in 2010, Wunderlist allows users to create lists to manage tasks on many devices, mobile as well as desktop.

Microsoft said the Wunderlist application will remain free in places where it is already available and that there are no price changes planned for Pro or Business versions of the software.

@techfoogle
Previous Microsoft Windows 10: Everything you need to know
Next WWDC 2015: iOS 9, Apple Pay, HomeKit and more announcements to expect

Reasons Why TikTok is Banned in India