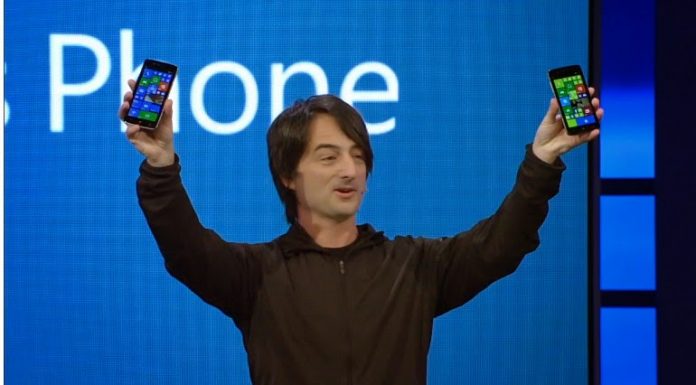 Micromax Windows Phone 8.1 smartphone is on the left.

At the BUILD 2014 keynote, we were expecting fireworks from Microsoft. But the company began with the loudest firecracker in its kitty, at least as far as India is concerned.

Windows Phone ‘showrunner’ Joe Belfiore walked on to the stage and said that Windows Phone 8.1 is bringing some exciting things. But before talking about the software, he wanted to announce two new hardware partners. One was Prestigio, a major player in Europe, while the other was Micromax, which has fast become the hottest Indian smartphone brand.

Belfiore fired up the Micromax phone and lo and behold, it was running Windows Phone 8.1 with its new Start Screen and the full screen taken up by Live Tiles. And that’s how we got our first official look at the new OS.

While Microsoft has not mentioned when the new Micromax phone will hit market, it did say that brand new devices running WP8.1 should be hitting stores in April and early May. So we can expect a new Micromax Windows Phone smartphone to be hitting India very soon.

Windows Phone 8.1 looks to be a major update for Microsoft and puts the OS very much on par with its rivals in terms of functionality. It brings the much-awaited Cortana digital assistant, as well as a new notification drawer called Action Center. Additionally, enterprise features make WP8.1 a better fit for the workplace and there are customisation options to improve the look of the stock OS. So all in all, if you are Micromax fan who is thinking about switching from Android, you just got a very good alternative.