Micromax In 2c Launched in India: Micromax has been launching a slew of new smartphones and accessories in India since re-entering the market in 2020. The In 2b smartphone, which features a Unisoc CPU and a 5,000mAh battery, was released in India in July of last year. Micromax has now released the In 2c smartphone, which offers comparable specifications and features. So, let’s take a closer look at the specifics.

Micromax In 2c Specifications and Features

The Micromax In 2c is a follow-up to last year’s In 2b, with the same processor and battery. The Unisoc T610 SoC, which also powers the Nokia T20 tablet and the Realme C25Y, is combined with 3GB of RAM and 32GB of internal storage. Thanks to the internal microSD card, storage may be increased up to 256GB.

The In 2c is powered by a 5,000mAh battery with 10W fast charging capabilities, which the firm claims can provide 16 hours of video playback and 50 hours of call time on a single charge. There is also a USB-C connector for charging and data transfer, as well as a 3.5mm audio jack.

There’s also a 5MP selfie camera at the front, hidden behind a teardrop notch. The gadget has a dual-camera arrangement on the rear, with an 8MP main lens and an undisclosed depth sensor. The phone includes AI-powered photography capabilities, Night mode, Beauty mode, and other features.

Aside from these, the Micromax In 2c supports 4G, Bluetooth 5.0, Wi-Fi 802.11ac, a 3.5mm audio connector, Face Unlock, and other features. It comes in two colour variations – Brown and Silver – and runs Android 11 out of the box.

The Micromax In 2c launched in India for Rs 8,499 with a single storage option of 3GB + 32GB. Customers may, however, acquire the smartphone for Rs 7,499 as an introductory deal, but it is unclear how long the offer will remain.

On May 1, it will be available for purchase on Flipkart and Micromax’s official website. 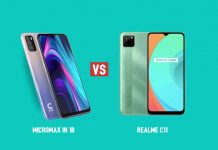 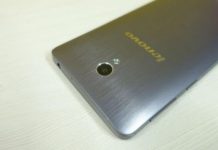 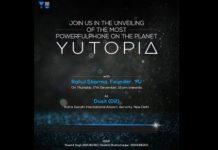 Yu Yutopia to launch today in India: Here’s what we know... 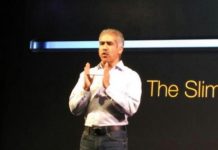 Micromax claims that the IDC was inaccurate with its Q3 2015...