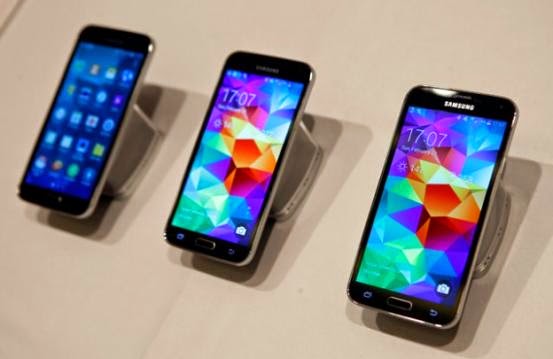 Micromax has ousted Samsung to become the first domestic vendor to take the top spot in the Indian smartphone market, according to a research firm Canalys. According to the report, the reason for Micromax’s success is simple: The varying price-range and products like Canvas Nitro and Canvas Hue, which are priced under Rs 13,000 and their appeal with the first time smartphone buyer.

The Canalys numbers say that Micromax has a 22 percent share of India’s smartphone market, while Samsung is second at 20 percent, followed by Karbonn and Lava. Moreover the report notes that 23 percent of shipments in India were of devices priced under price Rs 6,000, while 41 percent were of devices in the Rs 6,000 to Rs 12,000 bracket. It also means that close to 36 percent of the
smartphones shipped in India were above the Rs 12,000 bracket, if one were to go by the numbers.

This is not the first time a report has said that Micromax is leading over Samsung. Last year, a report from Counterpoint Research had said that while Samsung was just leading in smartphone market in India, in the overall mobile market, Micromax had already overtaken the South-Korean tech giant.

Samsung itself disagreed with these findings and had said at the time, “Leave aside downtrend; we saw growth in the second quarter value-wise and volume-wise. Based on actual off-takes done through syndicated research, we continue to lead the market by a significant margin. The No. 2 brand is a fourth of our size.” 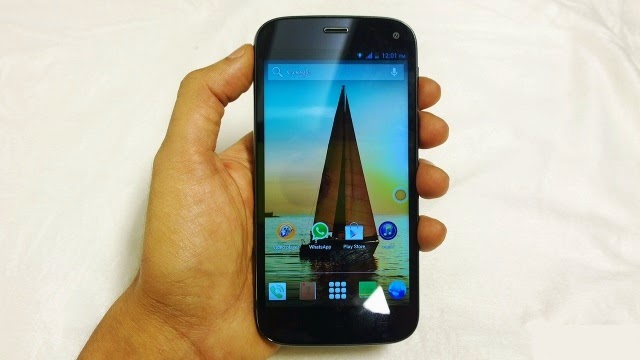 But that was last year. For Samsung, 2015 hasn’t started on a great note. As IDC noted, across the globe Apple set the smartphone records on fire by shipping 74.5 million iPhone 6 and iPhone 6 Plus devices. Samsung was just slightly ahead with 75.1 million shipments. This doesn’t look good at all if you consider that Apple’s 74.5 million devices include two new smartphones (iPhone 5s, iPhone 5c are still officially on sale), while Samsung keeps launching new smartphones almost every month. The launch of the Galaxy A and Galaxy E series, quickly followed by the Tizen OS based Z1 phone launch last month, being cases in point.

So why has Samsung lost out to Micromax in the smartphone market, at least in India. We take a quick look at the three possible reasons.

Let’s not forget that Samsung continues to be an expensive brand with less features for budget buyers in India. In contrast to this, Micromax has made a name for itself by offering glitzy specs at very low cost. It was one of the first brands to offer a 5-inch phone with a quad-core processor for under Rs 14,000 when it launched the Canvas HD in February 2013.

The closest competitor Samsung has in terms of price in the India market right now is Samsung Galaxy S3 Neo which has only a 1.9 MP secondary camera, a 1.2 GHz quad-core processor and 8 MP primary camera.

For a smartphone user who just wants big specs numbers, the Nitro with its higher-camera res and octa-core processor is likely to appeal more. Then there’s the Samsung Core Prime, price at Rs 9,700, with a quad-core processor but again it has a only a 5 megapixel rear camera and a two megapixel front camera and a 4.5-inch screen.

Similarly, in an era when brands such as Xiaomi are pushing out well specced phones under Rs 10,000 – Redmi Note 4G and Micromax itself launched a Cyanogen-mod based Yu Yureka at Rs 8,999 – both sporting Snapdragon 615 chipset; Samsung announced the Galaxy A5 which sports a Snapdragon 410 chipset for Rs 25,500! 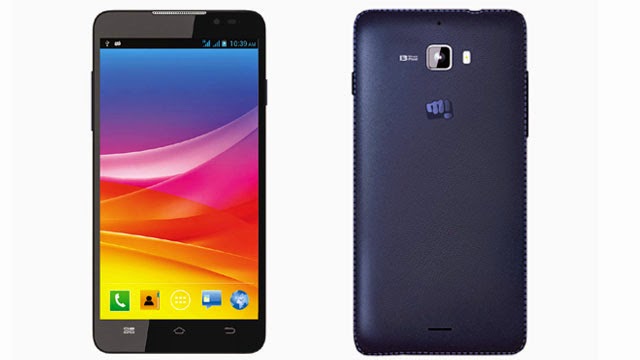 Where budget level smartphones are concerned, Samsung is woefully lacking behind Micromax, which has options like Canvas Turbo (price Rs 8,500 and has a 13 MP rear camera, 5 MP front camera) Micromax Canvas 2.2 A114 (priced at Rs 6,949, with a 8 MP rear camera, a 5-inch screen, etc) and the latest CyanogenMod 11 sporting Yu Yureka (Rs 8,999). Samsung’s below 10K offerings include Samsung Galaxy S Duos 3 which is priced at Rs 6,669 but has only a 0.3 MP secondary camera, 4-inch TFT Touchscreen and 5 MP Primary Camera. There’s also Samsung Galaxy Core 2 which is priced at Rs 7,999 but has a only 5 MP primary camera and 4GB space.

In short, if you’re an Indian user who is tight on budget, but want features, Samsung is unlikely to figure in your list anymore.

The rise of new competitors and more choice

India has seen new brands like Xiaomi, Gionee, OnePlus, Oppo, etc., come in the past one year and they’ve done a fairly good job where marketing their name is concerned.

Xiaomi has stood out in this pack and sold nearly 1 million devices even though most were a year-old when they entered India. Then there’s OnePlus, which has appealed to the geeks who want to try out CyanogenMod. Later Micromax launched its own CyanogenMod-based smartphone brand the Yu and the first smartphone under it is called Yureka. 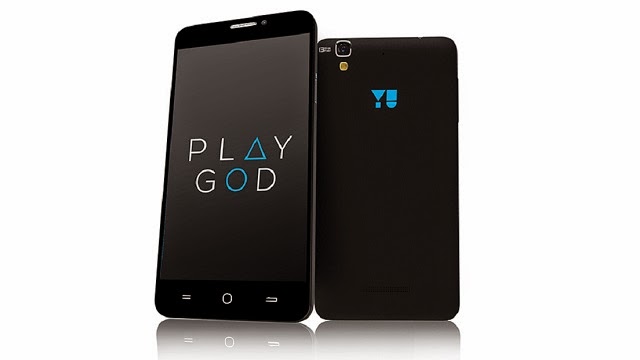 For the Indian user, plain old Android with Samsung’s TouchWiz UI isn’t the only option anymore. Xiaomi offers its own MIUI and users will get the latest iteration – the MIUI 6 OS, then there’s CyanogenMod on the Yureka and OnePlus is expected to roll out its own OxygenOS in this month which could come to India later on as well and it will be based on the Android Lollipop. If users want pure Android experience, they have Motorola which offers budge devices like Moto E and Moto G (second generation) with competitive specs.

The Android universe has expanded considerably, even in India. The experienced smartphone user, who is now ready to spend Rs 20,000 and more on their second or third smartphone, might want something with a new feel to the OS. In a such a case, Samsung has very little to offer. Samsung’s Tizen phone the Z1 is a more of a budget offering and as we had noted in our first impression, the phone doesn’t really stand out from a host of budget smartphones.

New competitors mean that Samsung, which incidentally has smartphones across the price-spectrum, now has to deal with more brands in India, which are providing more features and often at half the price. So the competition isn’t just Micromax anymore for Samsung.

The iPhone effect at the high-end segment

This has of course worked more against Samsung. As this Wall Street Journal article had pointed, Apple has been able to win in the smartphone market, even though prices for Android phones have been falling, because it has behaved like a luxury commodity. The report points out that in China, “Apple has become the luxury brand most frequently given as a gift, ahead of Louis Vuitton, Gucci and Chanel, according to a survey released by Hurun Report, which tracks luxury goods in China.” 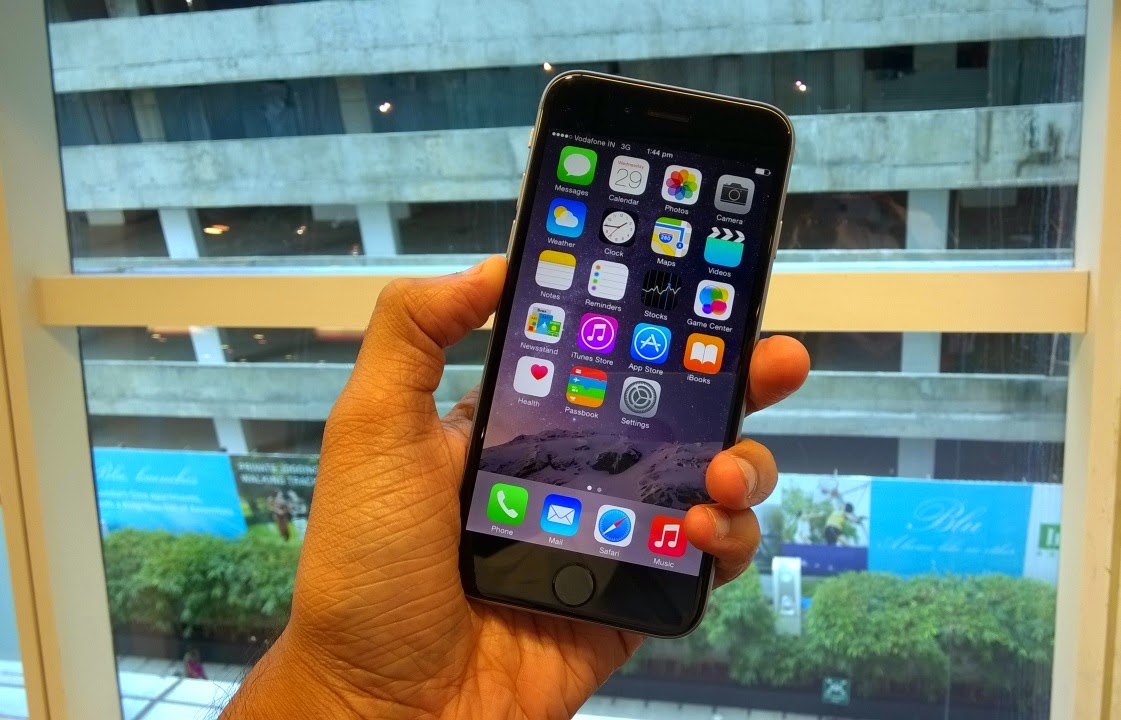 As far as the high-end segment is concerned, Apple iPhone 6 and 6 Plus are giving ample competition to Samsung Galaxy S5 and Note 4

Given that the iPhone was priced absurdly high in India as well, for buyers who can afford to spend, the iPhone 6 / 6 Plus are the ultimate luxury products as well. It’s also an aspirational product and remains so, far more than Samsung. Let’s not forget that Samsung’s USP which was the big screens with devices like Galaxy Note 4 and Samsung Galaxy S5 was lost when the iPhone 6 and 6 Plus were launched.

While Apple didn’t give out specific numbers for iPhone 6 sales in India, it did note that sales rose 97% in the BRICS block (which is short for Brazil, India, China and South Africa), which is a solid growth rate. For Samsung, the introduction of two big-sized iPhones in India definitely adds to the competition in the top-end segment of the smartphone market. Most Indians might not have an iPhone 6 in their hands, but given that this is now a luxury product, the rich want it. In such a scenario, Samsung ends up facing the heat.

For Samsung, 2015 hasn’t been a great year. Its profits declined by 27 percent in Q4 of 2014, a first since 2011. Even worse, sales fell by 11 percent for the company. For Samsung to lose its top spot in the Indian market should be seen as a wake-up call. The company can no longer rely on just its brand name as being enough to convince users. It needs to offer more at competitive prices, if it wants to regain the top spot in India.