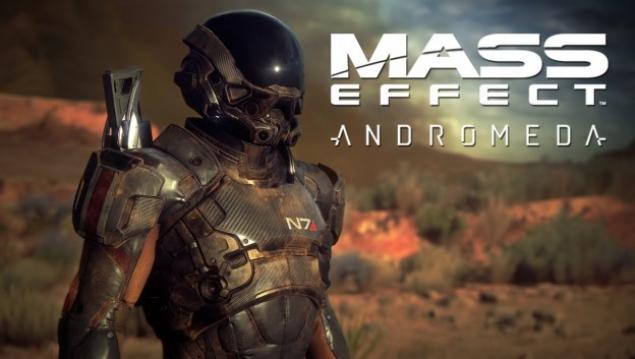 The Mass Effect trilogy is something of a high point in gaming history. It’s sequel, Mass Effect: Andromeda is currently in the works and BioWare has just handed out some brand new screenshots of the game.
These screenshots were handed out exclusively to GameInformer and highlight some stunning graphics, a glimpse of the Nomad — the Mako’s replacement, a biotic ability that seems to emit flame and some kind of scanning ability a la Arkham Asylum’s detective mode.

The series originally started out as an RPG, but BioWare did water down the RPG elements to favour a broader audience as the series progressed.

That still doesn’t change the fact that the games were all stellar and that they’ve left an indelible mark on the psyche of all gamers. Yes, the ending of the last game was disappointing and perhaps, lazy, but that didn’t stop gamers from clamouring for a sequel.

That sequel is Mass Effect: Andromeda. A clue to the setting is in the name.

The game is set many years after the events of Mass Effect 3, at a time when humanity has moved beyond the stars, to a new galaxy, Andromeda. As the game’s developers explain, you’re the alien now.

There’s no mention of Shepard, the previous game’s protagonist and devs have also said that the original crew members won’t return. In fact, there apparently won’t be a way to communicate with your home galaxy.

In Andromeda you play as one of Alec Ryder’s offspring, a part of the first crew to make its way beyond our own galaxy. Story details are hard to find right now, but apparently, there’s a major battle brewing across the galaxy and you and your crew are the only ones preventing that war from spilling over to your home.

BioWare is calling Andromeda its “largest game to date”. Given BioWare’s heritage, we’re inclined to believe it.