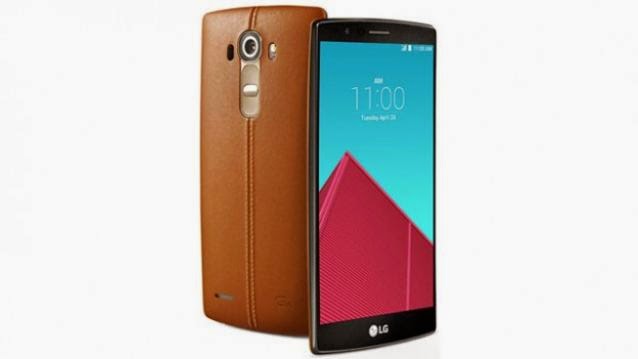 Details of the upcoming LG G4 have leaked just ahead of its launch slated for April 28. The product page of the device went live for several hours, before it was subsequently taken off, reports GSMArena.

Firstly, expect the LG G4 to come dipped in several shades, sporting a uber-premium look. The LG G4 will be available in metallic black, Silk white, Shine gold, Burgundy red and Moon violet, and one will also find the genuine leather back option.

Evan Blass has also tweeted out the image of the device.

The LG G4 sports a 5.5-inch QHD IPS quantum display with 2560 x 1440 pixels of resolution. The device packs in a 3000mAh battery and a microSD card slot for expandable memory.

The web page didn’t disclose the chipset of the G4, but it is likely to come equipped with a Qualcomm Snapdragon 810, coupled with 3GB of RAM, adds the report. It is already known that the device comes with a 16MP f/1.8 camera. However, the leak mentions a 13MP rear snapper.

The device measures 149.1 x 75.3 x 8.9mm, but the weight isn’t disclosed yet. LG also plans an official flip cover for its flagship. The accessory will be dipped in several colours.