Share
LG and Samsung have forayed into a new mobile category with smartphones featuring curved displays. Samsung’s Galaxy Round and LG’s G Flex will be making their debut in Korea sometime next month. The Galaxy Round has been announced for $1027 while the pricing of the LG G Flex has not yet been revealed. We’ve put both smartphones in the ring for a face off, to see who emerges as the winner (on paper).

LG G Flex
The LG Flex comes with a 6-inch 720p curved OLED display. The design is vertical oriented as the phone is curved on the horizontal axis. According to LG, the design reduces the distance between user’s mouth and microphone when the Flex is held against the ear. The smartphone also takes design cues from the recently launched G2, and comes with rear buttons for power and volume. The LG G Flex is powered by a 2.2GHz quad-core Snapdragon 800 processor coupled with 2GB of RAM. On the camera front, the G Flex comes with a 13-megapixel rear camera and a 2.1-megapixel front-facing camera. It packs in a 3,500 mAh battery and runs on Android 4.2.2.

LG has also added a host of features that take advantage of the curved screen. A feature called QTheater lets users quickly access photos, videos and YouTube directly from the lockscreen just by dragging outwards along the curved surface with both fingers. It creates a theater curtain effect before introducing the video. QSlide creates a floating browser effect for opening multiple apps. One of the highlights of the device is the “self healing” protective film for the back panel. LG claims that the phone can heal itself against minor scratches and bumps. The special protective film on the back cover will ensure that the hairline scratches disappear within minutes. The phone also comes with a “dual window” mode that allows users to multitask better and also a “swing-lock screen” that keeps changing the device’s wallpaper depending on how the phone is held in users’ hands. The company also uses the rear key LED to indicate several functions of the phone. For instance, the LED on the Rear Key turns green to confirm the status of face detection feature.

Samsung Galaxy Round
We’ve been hearing about Samsung’s flexible phone ever since the company displayed Youm at the CES this year. Curved at the vertical axis, the Round sports a 5.7-inch 1080p display, which is slightly smaller than the G Flex. Just like the G Flex, it comes with a quad-core Snapdragon 800 SoC but has given a boost to the RAM with 3GB of memory and has a higher clock speed of 2.3GHz. Another similarity is the 13-megapixel rear camera and 2-megapixel front-facing camera. It includes a 2800mAh battery and runs on Android 4.3.

Galaxy Round, the first of the two curved phones

Pertaining to the curved display, Samsung has introduced a feature called Roll Effect. The feature enables users to view missed calls, battery life, date and time even when the smartphone is tilted on a flat surface with the screen off. The Bounce UX lets you control music without turning on the display. Users can tap on the left side to go back a track and touch the right side to move forward. With the Side Mirror feature, users can view additional information about videos or images when they tilt the phone from side to side. It also comes with the Multi Window feature, allowing users to open more than one application on the screen.
Take a look at the comparison sheet below:

Verdict
Considering the specs, the Galaxy Round has an upper hand with its 1080p display, higher pixel density, slimmer form factor and 3GB of RAM. On the other hand, the LG G Flex comes with an innovative design borrowed from the G2 and a better battery. However, people buying these phones would look forward to a design and features that complements the curved display. Both companies have ensured that there are ample of such features. The LG G Flex is vertically curved while the Galaxy round is horizontally curved, giving potential buyers another aspect to debate over. Samsung’s curved display, it must be said, is more unusual than LG’s. Ultimately, it will also boil down to price. If LG manages to out-price the Round, then it could have a winner on its hands. Either way, with both phones only launching in Korea at the moment, the competition could be restricted to the homeground alone. 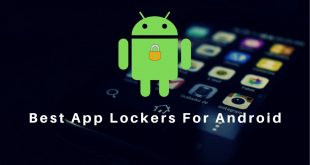