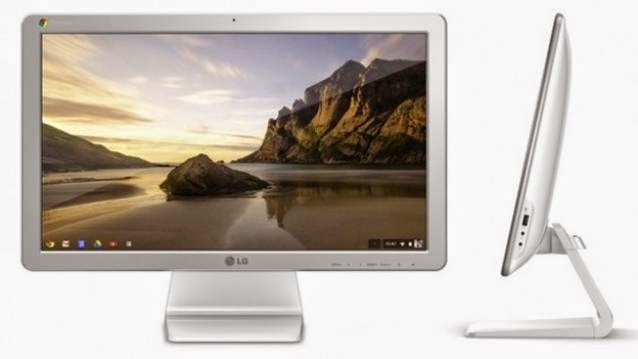 LG has launched the world’s first desktop PC running Chrome OS in the form of an all-in-one PC named Chromebase AiO. It will be selling in India for Rs 32,000.

Chromebase AiO (Model 22CV241) comes with a 21.5-inch full HD IPS display and is powered by a fourth generation Intel processor. The exact model number of the processor is not known. It is paired with 2GB RAM and houses a 16GB iSSD storage.

Other features include 1.3MP HD front camera, HDMI-in, three USB 2.0 ports, one USB 3.0 port and LAN port. Keyboard and mouse will be provided in the bundle.

This is the first time Chrome OS will be seen on the desktop platform. Chrome OS comes bundled with most of Google’s applications and all your work happens within a browser environment. While there are web apps which will work offline as well, the real use of a Chrome OS based system is when you are online.

Earlier in our Acer Chromebook C720 review, we  noted that, “If you are heavily into gaming or need to run specific software for your work, then you can forget about this machine – the lack of serious games is a big disadvantage. But there are a lot of use cases, where the C720 Chromebook makes so much sense. The only complaints we have are the display and the keyboard; the former needs to be replaced and recalibrated, while the keyboard is in need for some serious tactile and build improvement. Aside from these issues, it’s fast, portable, lets you edit documents, plays a wide variety of music and video formats and the loud speaker is certainly better than some of the low-end Windows competition. Yes, the lack of full-blown apps for all purposes does take some sheen out of it and the Chromebook loses points for the same.”