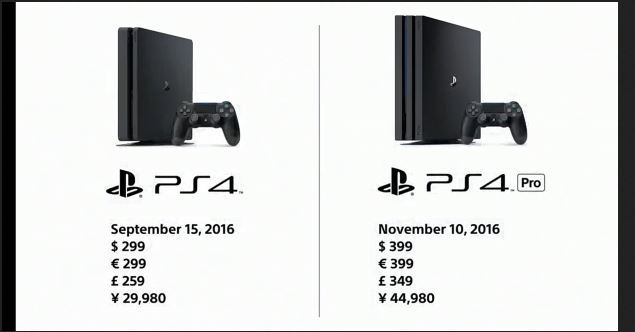 At the PlayStation Meeting Sony announced when you can buy the PS4 Pro. It will be available from November 10, 2016 internationally for $399 (around Rs. 26,590). No date for India has been announced just yet. Though you can expect it to be available for Rs. 39,990 – the price for which the original PS4 was made available when it launched in the country.

Earlier codenamed as the PS4 Neo, it will have double the GPU power and will be used AMD’s Polaris architecture. PS4 architect Mark Cerny claims it also adopts several features beyond it.


The clock rate has been boosted as well and Sony promises Interoperability of content between the original PS4 and the PS4 Pro. Furthermore, the console will ship with a 1TB hard drive.

Cerny showed off a host of titles such as Spider-Man, For Honor, Horizon Zero Dawn, Rise of the Tomb Raider, Watch Dogs 2, Call of Duty: Infinite Warfare, Call of Duty: Black Ops 3, and Deus Ex: Mankind Divided talking up the console’s prowess in terms of high resolution, compatibility, VR, and performance.

“The difference is the high resolution the PS4 Pro can support, it is simply transformative,” says Cerny.

Sony’s Andrew House believes that the PS4 Pro will be the number one provider of high resolution and HDR content all while ensuring continuity of support for existing PS4 hardware.

A November 2016 release is surprising. More so considering Microsoft’s Project Scorpio is almost a year away. This perhaps lends credence to the fact that the PS4 Pro was in development longer than we suspected and the fact that the PS4 out of the gate, was a tad more underpowered than Sony would have liked.

What is the PS4 Pro?

The PS4 Pro is a souped-up PlayStation 4, bringing upgrades to hardware specs to deliver better graphical performance for games, better support for the forthcoming PlayStation VR and 4K resolution support. It was previously referred to as the PS4K for this reason.

But it’s not the start of a new console generation, so is not considered a PlayStation 5. PS4 games will work on the console, though they’ll run smoother, and new and recent titles get a graphical upgrade as well.

It’s also been referred to as ‘PS4K’ because it was expected to feature an Ultra HD Blu-ray player, but Sony made no mention of this feature during its launch. This suggests the console doesn’t have a UHD Blu-ray player after all, but we’re trying to confirm that at the moment.

The PS4 Pro will definitely stream 4K content, however, via a new 4K HDR Netflix app.

PS4 Pro specs – How much more powerful will the console be than a PS4?

Initial reports suggested PS4 Neo, as it was known, would feature a superior clock speed to the PS4 (2.1GHz vs 1.6Ghz), as well as an improved GPU.

In broad terms, Sony says the PS4 Pro’s GPU is more than twice as fast the PS4’s, but didn’t use specific numbers in its launch address. 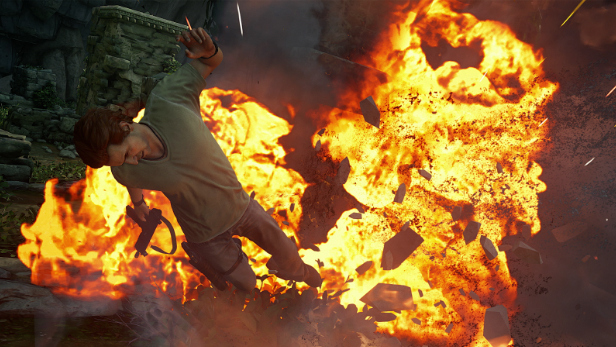 What all this means is that the PS4 Pro should run faster, with fewer framerate tears in more intensive games, providing a smoother gaming experience across the board.

No game will be exclusive to the new console. Games will have an ‘enhanced’ mode that will improve the graphics on the upgraded version, but they still have to work on normal PS4 consoles.

According to Sony President Andrew House, PS4 Pro is intended to “sit alongside and complement the standard PS4” and both will be sold throughout the console lifecycle.

The executive also stated that “all games will support the standard PS4 and we anticipate all or a very large majority of games will also support the high-end PS4.” If this rings true, you shouldn’t need to worry about missing out on any games if you stick with your standard PS4.

PS4 Pro games – Will there be exclusive software?

The PS4 Pro will feature upgraded performance, but no exclusive games. It’s believed that Sony won’t allow a split userbase with some software only playable on the new hardware.

Will you be buying a PS4 Pro? Let us know in the comments below.