Will GTA 6 Work on PS4 or Xbox One: Gamers all around the universe are gearing up for the arrival of Grand Theft Auto 6, which is the next game. And according to the creators, it will be a significant improvement over GTA 5. As thrilling as it may sound at the moment, GTA 6 may not be compatible with many systems from the previous generation. Only time will tell whether it improves in terms of visuals or features. Let’s attempt to determine whether or not GTA 6 will be released on PS4 and Xbox One for the time being.

Before drawing a decision, we’ll first talk about a few factors that might have an impact on the release of GTA VI for consoles. Therefore, read each part carefully to get the full picture.

Does Your Devices Handel GTA 6?

According to Chris Klippel, a prominent and trustworthy GTA leaker, Grand Theft Auto 6 is being developed using Rockstar Games’ new Rage engine. It’s a more competent and powerful game creation engine than the one used in GTA 5 and RDR2. Both of these games are incredibly lifelike and heavily reliant on machinery.

(Also see: GTA 6 Release Date: When Will GTA VI Going to Be Launching?)

According to our comprehensive GTA 6 guide, this title will have better realistic interiors, dynamic weather, more NPCs, and wider territory. As a result, GTA 6 will undoubtedly demand far more power to perform at its peak. PC users may upgrade their systems to stay up with the times, while PS4 and Xbox One owners cannot.

Rockstar Games is renowned for taking its games beyond what is currently considered to be acceptable in the industry. The Grand Theft Auto series is the clearest illustration of this. Even if their next game is on current-gen consoles, assuming that they will cap it to appeal to a wider audience is unfair. Not to mention, when GTA 6 launches, the PS4 will be more than ten years old.

As a result, it’s safe to infer that GTA 6 will not be available on PS4 or Xbox One. Instead, GTA VI will be released first for PS5 and Xbox Series X/S. Following in the footsteps of GTA V, the game may eventually make its way to PC users in a year or two.

Will GTA VI be exclusive to the PlayStation 5?

GTA 6 is Available for Android and iOS?

On Android and iOS, we currently have GTA III, Vice City, and San Andreas. All of these games are classics that need little from the platform they are running on. However, games like GTA IV and GTA V are substantially heavier, and none of the newer mobile phones can run them. Furthermore, even after more than a decade, some titles have yet to make their way to smartphones.

As a result, it’s safe to infer that GTA 6 will not be released on iOS or Android. So, stay away from any GTA 6 “APK” downloads that you may come across online.

GTA 6 is Playable on the PlayStation 4 and Xbox One

Do you still want to play GTA 6 now that you know what happened to it on some devices?  Let us know in the comments! 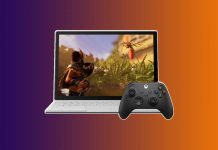